SEOUL, April 7 (Yonhap) -- POSCO Chemical Co., a unit of South Korea's steelmaker POSCO, said Thursday it has started the construction of a high-nickel cathode plant in the country to meet demand from electric vehicle companies.

POSCO Chemical will invest 290 billion won (US$238 million) to build a 30,000-ton-a-year cathode plant in Pohang, about 370 kilometers southeast of Seoul, with an aim to start production in 2024, a company spokesperson said over the phone.

"The company plans to spend another 290 billion won to double the plant's output capacity by 2025, as it expects higher demand for the core material needed in manufacturing car batteries," he said.

The company aims to increase its domestic output capacity to 160,000 tons and overseas capacity to 115,000 tons by 2025, the spokesperson said.

"We are looking at sites in North America, China, Europe and Indonesia to build cathode plants," he said. 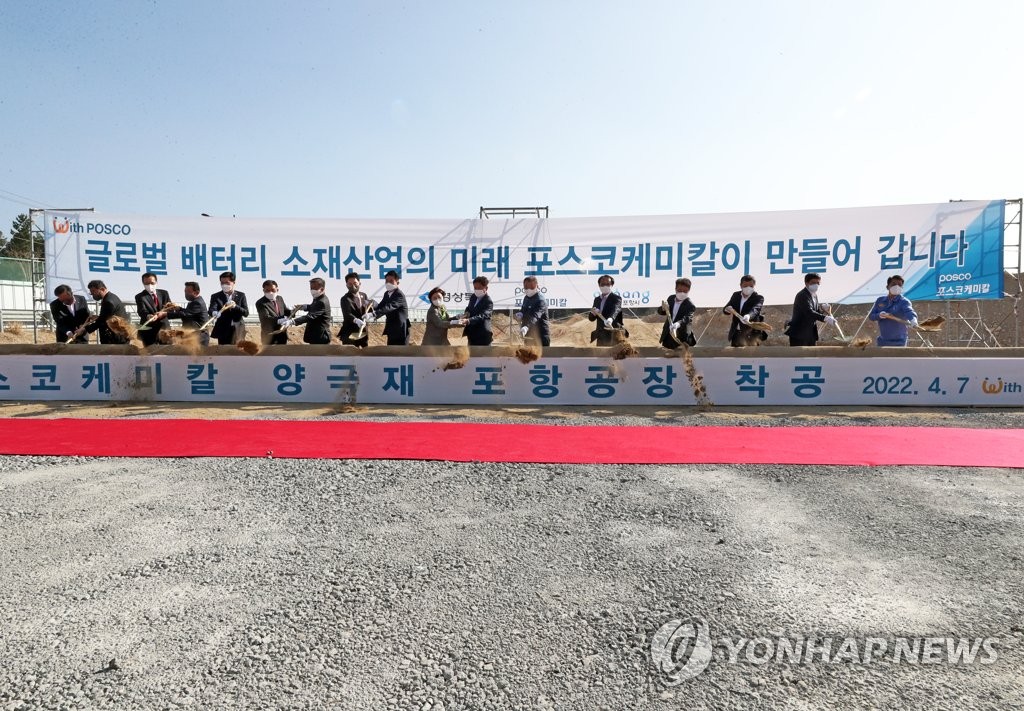