Amb. Xing Haiming made the remarks during a forum amid concerns the THAAD issue could resurface as a thorn in bilateral ties, as South Korean President-elect Yoon Suk-yeol advocated for the deployment of additional THAAD units during his campaign.

"As bilateral ties have deepened and evolved, issues, including the THAAD issue and the deterioration of public sentiment, have surfaced," the ambassador said. "It is normal that the two countries have different views on those issues, and they can overcome them." 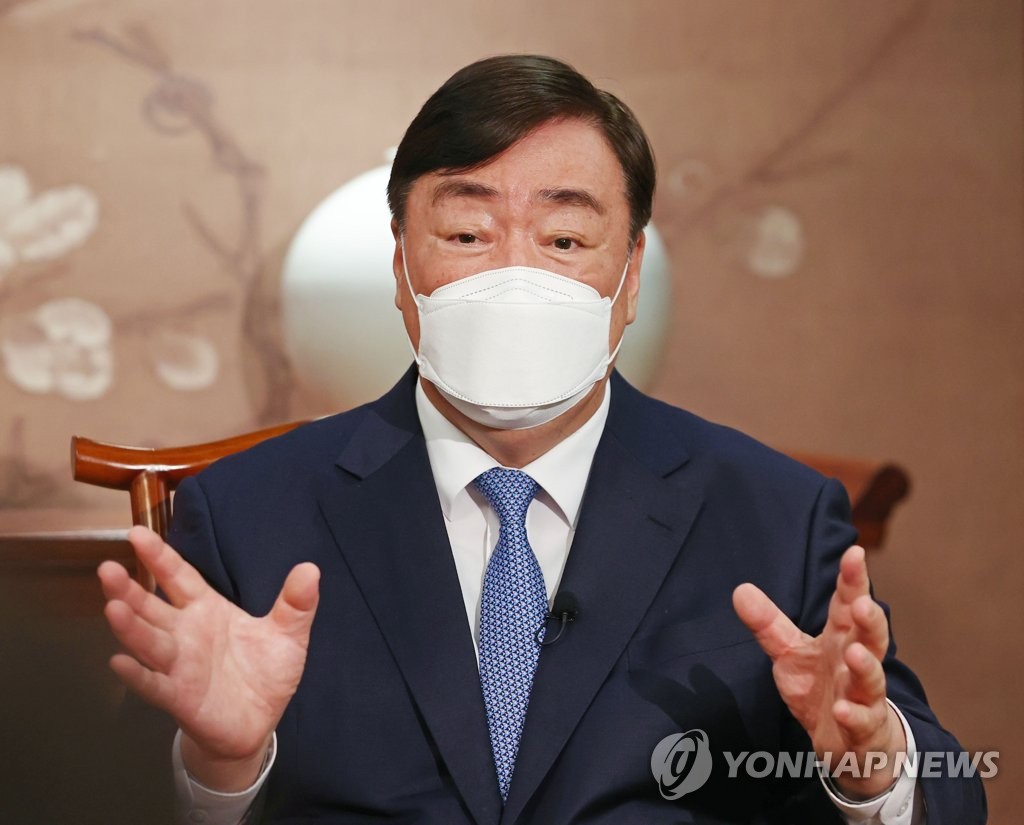 Xing, however, pointed out THAAD has become a "taboo word" in bilateral relations -- in an apparent display of Beijing's opposition to any move to bring in additional THAAD batteries here.

"THAAD has become a taboo word in China-South Korea relations, and the two countries should not follow the same footsteps," he said.

China has long opposed the installation of the U.S. missile defense system, arguing it could undermine its security interests. South Korea and the U.S. have said the THAAD battery here is a defensive asset to address North Korea's evolving missile threats.

Touching on the Korean Peninsula issues, Xing stressed the importance of dialogue and negotiations.

"Recently, a new trend in the security of the Korean Peninsula has emerged, and the risks of tensions have expanded," he said. "This is by no means what China wants."

Xing also said China hopes to strengthen communication with the incoming Seoul government in pursuit of a "political" resolution of the peninsula issues, and for peace and stability on the peninsula.