WASHINGTON, April 7 (Yonhap) -- North Korea's recent missile provocations and statement from leader Kim Jong-un's sister about the possible use of nuclear weapons are highly "choreographed" tactics to escalate regional tensions in time for a change of government in Seoul, a U.S. intelligence official said Thursday.

Sydney Seiler, national intelligence officer for North Korea at the National Intelligence Council, also said the North uses U.S.-South Korea joint military drills as a pretext for its provocations while it continues to conduct much larger and less transparent field exercises of its own.

"North Korea will want to create an environment of tension and exploit our concerns about escalation," Seiler said in a webinar hosted by the Center for Strategic and International Studies, a think tank based in Washington.

"This is why the Kim Yo-jong statement is a great example of this," he added, referring to the statement issued by the North Korean leader's sister Tuesday (Seoul time). 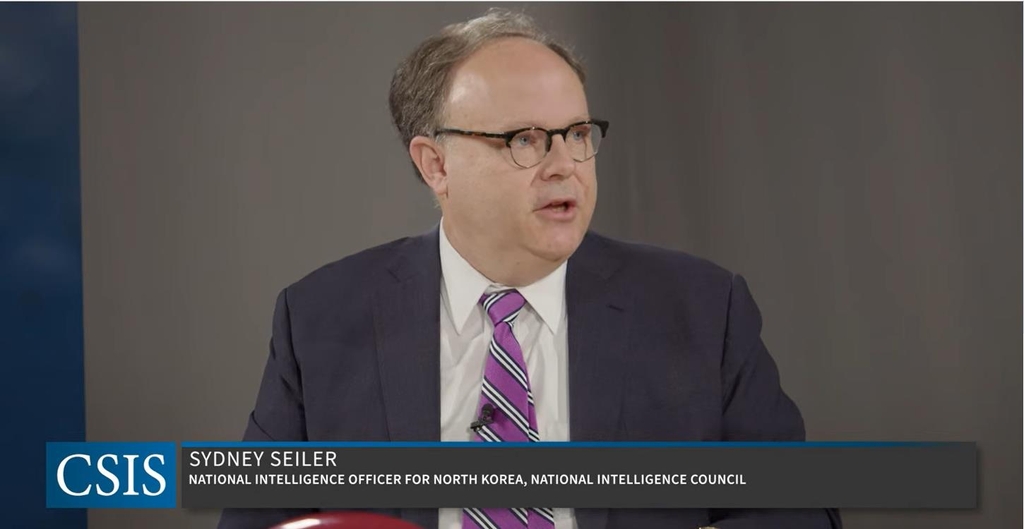 In the statement carried by Pyongyang's state media, Kim Yo-jung claimed the North would not fire a single bullet toward South Korea, but use nuclear weapons should there be an armed conflict initiated by Seoul.

Seiler said the harsh rhetoric was part of what he called a "short-term choreography" or propaganda that Pyongyang has historically employed while seeking to convince others that the escalation of tension is simply a result and not the desired outcome of its actions.

Kim's statement came about a month before South Korea's President-elect Yoon Suk-yeol is set to take office on May 10.

On a similar note, the U.S. intelligence official noted that North Korea has consistently used U.S.-South Korea joint military exercises to justify its provocative actions, sometimes successfully, while putting the blame on the ROK-U.S. alliance.

"They will use our exercises as a pretext ... and a lot of people will be convinced by that, again forgetting that one million-men KPA military's out there training at about the same time with no transparency, and no desire to reduce tension like we do when we do our own exercises," he said, referring to North Korea's army by its official name, the Korean People's Army.

"I think that's another thing we should be careful about. Otherwise we become so kind of satisfied when the noise stops that we think we have seen a change in behavior, and indeed there's no change," he added.

The top U.S. intelligence official on North Korea also noted the North's return to dialogue in the past may have been choreographed or premeditated, insisting the North may have no intention of actually giving up its nuclear and other weapons programs.

"These capabilities that we saw outlined in the Eighth Party Congress (of North Korea), again, you could have interesting robust debates about the actual progress on a hypersonic glide vehicle, the performance or type of an ICBM launch, but it's clear that these are areas, first of all, that Kim is committed to developing, and two, that he is willing to pay a considerable diplomatic and economic price to pursue," he said.

Seiler also noted the North has broken and breached numerous denuclearization deals and agreements in the past.

Still, he highlighted the importance of engaging with North Korea.

"In the past, North Korea has pivoted, admittedly, to what amounted to a little more than tactical charm offenses ... after which it went back to so behavior, but each opportunity allows us to continue to probe, to continue to explore, continue to convince Kim that there is an alternative path," he said.

North Korea currently remains unresponsive to U.S. overtures, which Seiler said is frustrating to the U.S.

Seiler expressed hope the North would return to dialogue in the future.

"I would say I would not want my analytic assessment of the current lack of interest in dialogue with Pyongyang to be somehow definitive or deterministic to a degree that all hope would otherwise appear lost," he said.