Four people were aboard the Sikorsky S-92 helicopter when it went down in waters 370 kilometers southwest of Mara Island at 1:32 a.m., officials said.

Of them, a co-pilot, identified by his surname Chung, 51, and a vessel radar operator, surnamed Hwang, 28, were killed, and a mechanic, surnamed Cha, 42, went missing. Its pilot, surnamed Choi, 47, was rescued by a nearby Coast Guard patrol boat and is in a non-life threatening condition, officials said.

The crash happened shortly after the helicopter took off to return to Busan after dropping off six Coast Guard rescuers on the patrol boat that was on its way to help with rescue operations for crew members missing from a tug boat in waters near Taiwan.

"Following the helicopter's crash, the patrol boat's crew rescued three people and two of them died, while the remaining one remains missing," a Coast Guard official said. 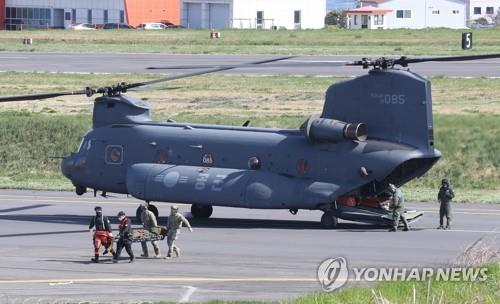 In a press briefing, Park Je-soo, a Coast Guard official in Jeju, said, "The chopper crashed about 30 to 40 seconds after its take-off from the patrol ship," where it replenished its jet fuel.

The patrol ship crew witnessed the crash and rescued the pilot, the co-pilot and the radar operator using speed boats, but two of them later died. Suffering multiple fractures and bleeding, the surviving pilot was airlifted to a hospital on Jeju Island for treatment, Park said.

With a wind speed of up to 4 meters per second and 1-meter-high waves, weather conditions were not too bad at the time of the crash, officials said. 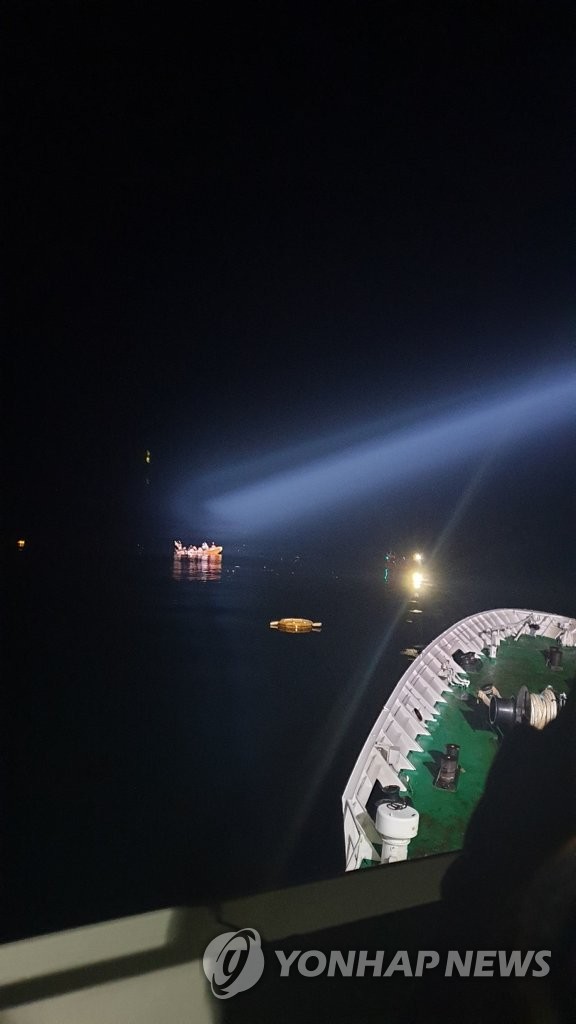