Following consultations among the nations, the amount for South Korea was set at 7.23 million barrels, the largest volume ever that the country has released so far under such international moves, the Ministry of Trade, Industry and Energy said.

The United States vowed to release around 60.56 million barrels, accounting for about half of the total, and South Korea is the third-largest oil contributor this time, it added.

"The decision aims to seek stability in the energy market both at home and abroad so as to reduce the burden of our people and the economy amid the prolonged Ukraine crisis and soaring energy prices," the ministry said in a release.

The IEA said the member nations are to release their committed amount over the next six months.

Despite the planned release, South Korea will be able to have oil reserves that can last more than 90 days without crude imports, according to the ministry.

Russia plays a major role in global energy markets as the world's third-largest oil producer and the largest exporter. 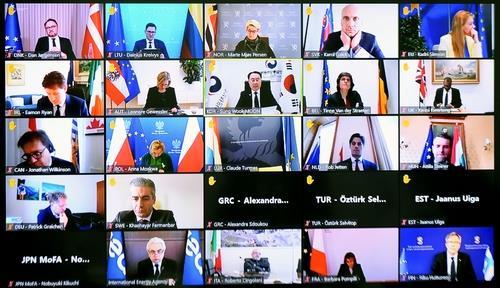