SEOUL, April 8 (Yonhap) -- South Korea's new coronavirus cases remained in the 200,000s for the fourth consecutive day Friday in a downward trend that could cause health officials to lower the infectious disease level of COVID-19 amid eased social distancing rules.

The number of critically ill patients stood at 1,093, down 23 from the previous day.

As of 6 p.m. Friday, the country had reported 147,356 new virus cases, with the total infections exceeding the 15 million mark, according to health authorities and provincial governments. Daily cases are counted until midnight and announced the following morning. 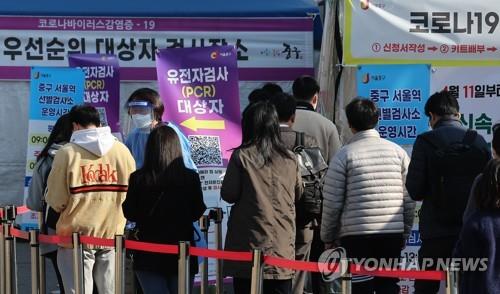 As the number of new COVID-19 cases continues to fall, South Korea said it is considering lifting the social distancing rules and allowing people to go mask-free outside if the virus stays in check through the end of next week.

The private gathering limit has been eased to 10 people from eight, and the business hour curfew on public places, like restaurants and cafes, has been extended by one hour to midnight.

Earlier in the day, Prime Minister Kim Boo-kyum said the government will finalize a decision on adjusting the infectious disease level of COVID-19, noting that virus cases are clearly on a downward trend.

The novel coronavirus is currently classified as "Class 1 infectious disease," the highest in the four-tier classification that falls under the same category with diseases like the Ebola virus and the Middle East respiratory syndrome (MERS), and the government is considering downgrading it by one notch.

The Class 1 infectious diseases require high-level isolation, such as negative pressure isolation, and immediate reporting on the outbreak.

A downgrade in the infectious disease level can lead to significant changes in virus responses, such as reducing the quarantine period or even lifting self-isolation measures. 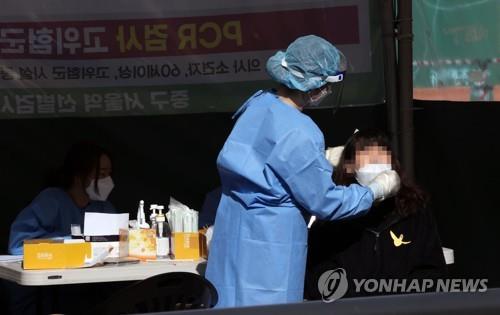 Earlier in the day, the education ministry announced its decision to maintain a restriction on middle and high school students with COVID-19 from taking midterm exams in class.

The decision came amid calls to allow infected students to take in-person midterm exams set to kick off in earnest later this month.

Under the current guideline, students infected with COVID-19 are banned from taking in-person tests and instead receive scores based on their past grades.

The government said it plans to next week announce details the so-called post-omicron scheme, under which the country seeks to gradually return the pandemic-centered quarantine and medical scheme to normalcy.

Health authorities plan to reduce the number of quarantine facilities where COVID-19 patients with mild symptoms are being treated, as more infected people have received treatment at home during the omicron wave.

The KDCA also said it will unveil the adjustment of social distancing rules next week as the current virus restrictions will be in effect until April 17.

Expectations are growing that business curfews at multipurpose facilities may be completely removed as the government has prioritized easing virus curbs to help minimize economic damage to small businesses.

Experts said if the current trend continues, the number of new COVID-19 cases is likely to drop to the early 100,000s within two or three weeks.

They also expect the number of critically ill patients to decline below 1,000 next week after it peaked at 1,315 on March 31.

Still, health authorities are wary about deaths and critical illness from the virus.

Late last year, deaths and critically ill patients resurged among seniors as the effectiveness of their second-dose vaccine shots wore out.

Of the locally transmitted cases, new 36,212 cases came from Seoul and 54,811 from the surrounding Gyeonggi Province. Incheon, west of Seoul, added 10,559 cases and the southern port city of Busan identified 7,476 cases.

As of midnight Thursday, the number of fully vaccinated people stood at 44.5 million, or 86.7 percent of the 52 million population, while 64.1 percent had received booster shots, the KDCA said. 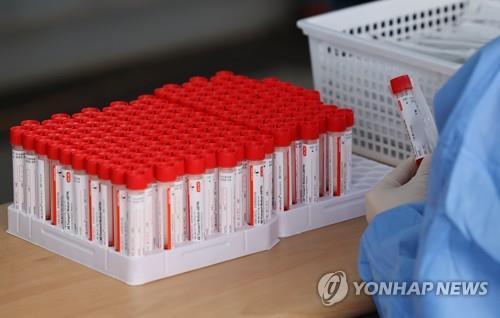 The government has decided not to bring in 17.5 million doses of COVID-19 vaccines that were supposed to be delivered via the COVAX global facility project by year-end as the pace of the vaccine rollout has slowed.

Other than COVAX, South Korea has signed deals with global pharmaceutical companies, such as Pfizer and Moderna, to buy 126 million doses of COVID-19 vaccines for this year.