SEOUL, April 8 (Yonhap) -- North Korea appears to be continuing restoration work at the Punggye-ri nuclear test site, including the construction of a tunnel entrance, a new report said, amid concerns that the secretive state may be pushing for another nuclear experiment.

Commercial satellite imagery taken between March 24 and April 6 indicates continued activity at the site's Tunnel 3, such as new spoil piles and a newly uncovered entrance, according to the report released by the Vienna-based Open Nuclear Network.

"The DPRK likely established a preliminary entrance to Tunnel 3 and started excavation of the tunnel structure," read the report by Katsuhisa Furukawa, a former member of the U.N. Panel of Experts on North Korean sanctions. DPRK stands for the North's official name, the Democratic People's Republic of Korea.

There are four known tunnels in the Punggye-ri zone, which was formally shut down in 2018, with demolition work carried out in front of a small group of invited foreign journalists.

Speculation has been widespread that the North may soon conduct its first nuclear test since September 2017 in time for key political events, including the 110th birth anniversary of Kim Il-sung, the late national founder and grandfather of current leader Kim Jong-un, on April 15. 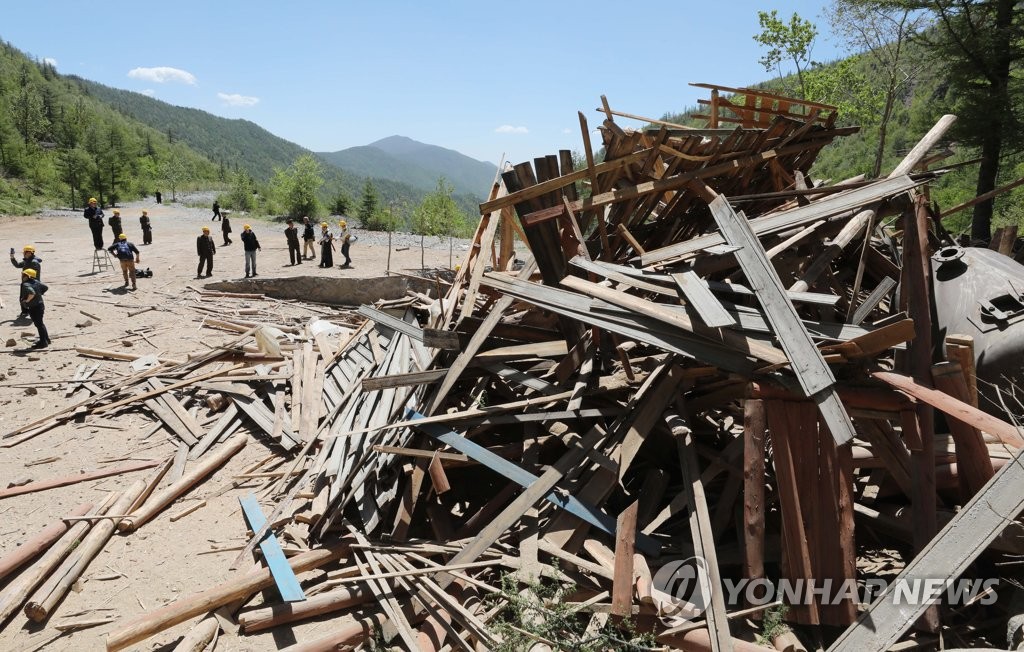