SEOUL, April 8 (Yonhap) -- Las Vegas is going to turn into a city of BTS with the start of the K-pop supergroup's four sold-out concerts this weekend.

The septet will hold four "Permission to Dance on Stage - Las Vegas" shows on Friday-Saturday and April 15-16 (U.S. time) at Allegiant Stadium, about a month after it had its first concerts before a live audience in Seoul since 2019.

The upcoming concerts will focus on the reunion between the BTS members and their fans as the Seoul shows did, according to the band's agency Big Hit Music.

For this, a massive LED screen will be installed on the stage as in the group's latest concerts in Los Angeles and Seoul, so the audience can get better views of the artists dancing and singing, even at a distance.

BTS is expected to perform its hit singles, such as "Butter," "Dynamite," "Permission to Dance" and "On." 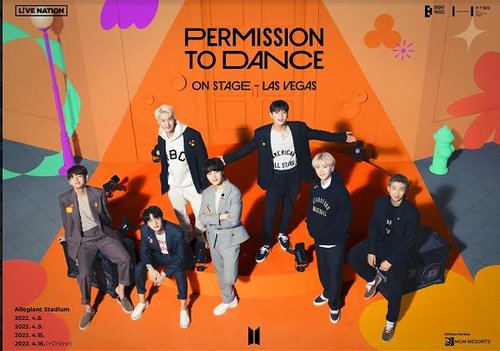 The four concerts are expected to attract more than 300,000 fans in total, considering the stadium's capacity to accommodate about 65,000 spectators at a time and the shows will be broadcast in real time on the same dates at the 16,000-seat MGM Grand Garden Arena.

A festive mood was building up in downtown Las Vegas ahead of the group's sold-out shows.

The world-famous Fountains of Bellagio debuted a BTS-themed fountain show on Thursday for the group and its fans. The special show will go live every hour on weekends of the two weeks when BTS is in town, according to Hybe, the K-pop powerhouse behind BTS.

Fans can stay in BTS-themed rooms at some of the Las Vegas Strip's popular hotels or eat a special Korean course menu at a hotel restaurant. 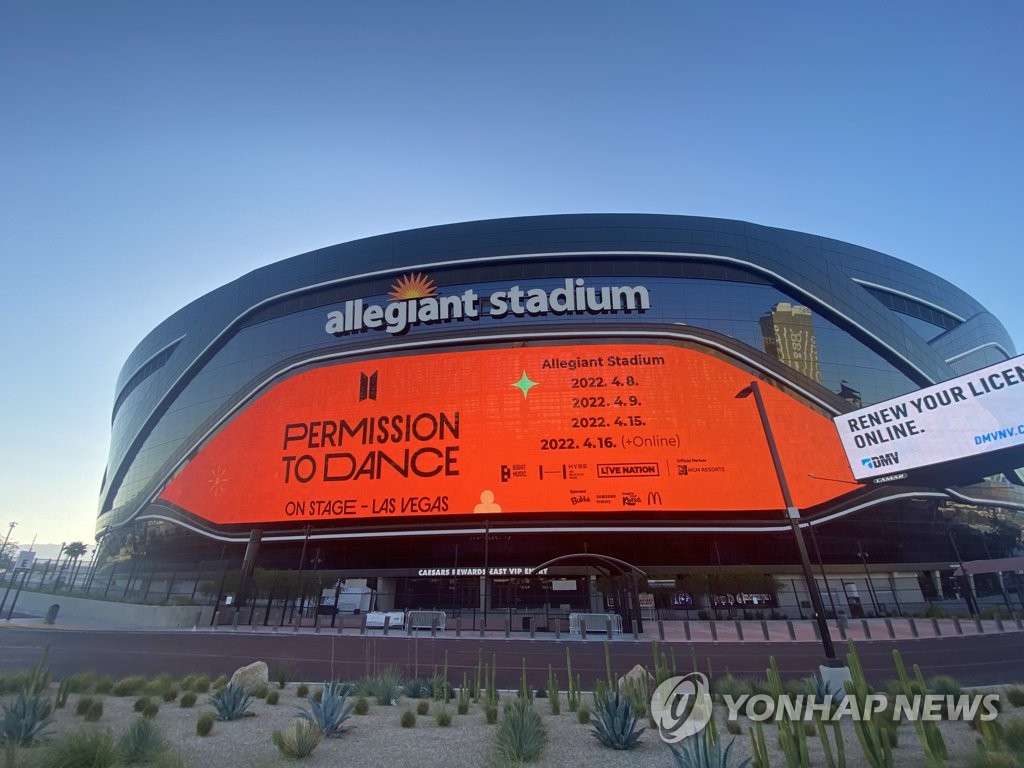 There will also be an exhibition of photos of the band performing in and practicing for its latest live concerts in Seoul and a large pop-up store near the concert venue for selling official BTS merchandise.

The city of Las Vegas recently posted a photo of the exterior of the building decorated with purple lights on its official Twitter account.

The Allegiant Stadium also wrote "BTS#ARMY we can't wait to see you!" on Twitter. 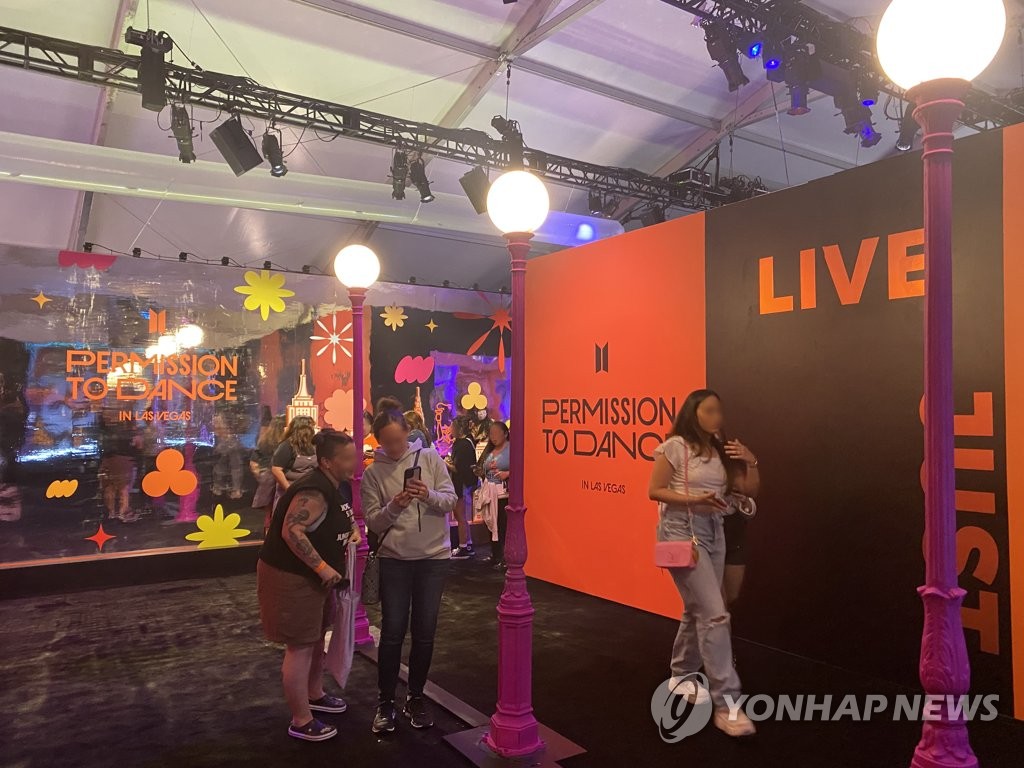