SEOUL, April 8 (Yonhap) -- South Korea's top diplomat told NATO members that Seoul plans to provide Ukraine with humanitarian aid worth a total of US$40 million and will consider an additional package.

Foreign Minister Chung Eui-yong was attending a foreign ministerial session of NATO members and four Asia-Pacific partners in Brussels Thursday (local time), according to his ministry. He became the first South Korean foreign minister to be present at such a high-profile NATO meeting.

During the session, Chung made public his country's emergency humanitarian assistance plan for Ukraine in a war against the Russian invasion. South Korea already delivered one-million-dollar worth aid last month and it has decided to offer $30 million more. Seoul will also consider additional support, Chung said. 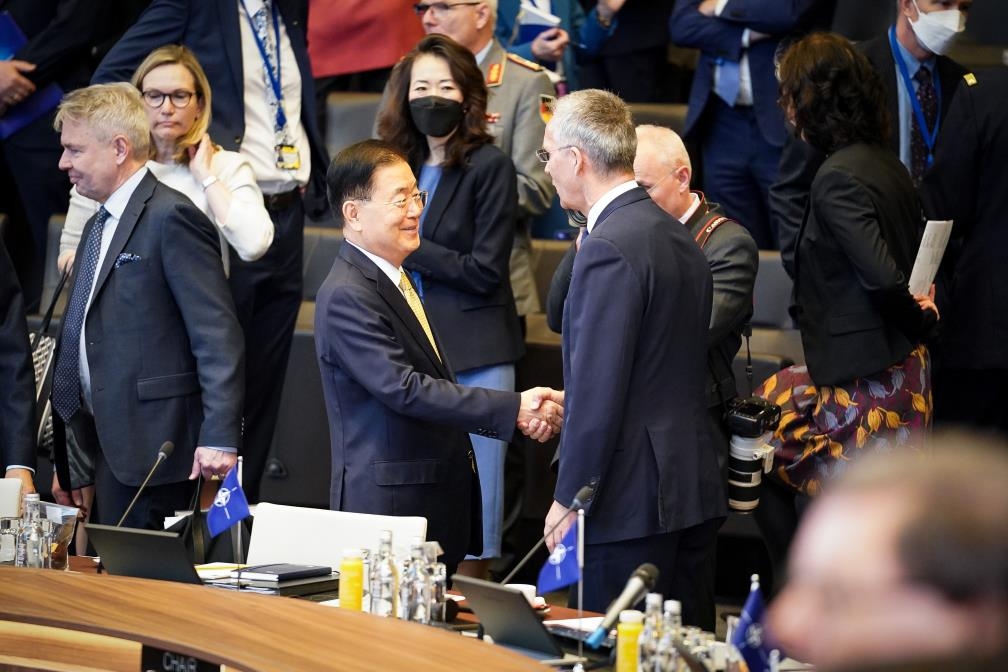 He thanked the NATO for backing the Korea peace process and emphasized the need for continued efforts to bring North Korea back to the negotiating table.

On the sidelines of the event, the minister held a group meeting with his counterparts from the United States and three other regional partners of NATO -- Japan, Australia and New Zealand -- and discussed ways to expand partnerships in the Indo-Pacific region.

Chung and U.S. Secretary of State Antony Blinken shared their assessments of the security situations on the Korean Peninsula and reaffirmed the allies' commitment to close coordination over North Korea, according to the ministry. 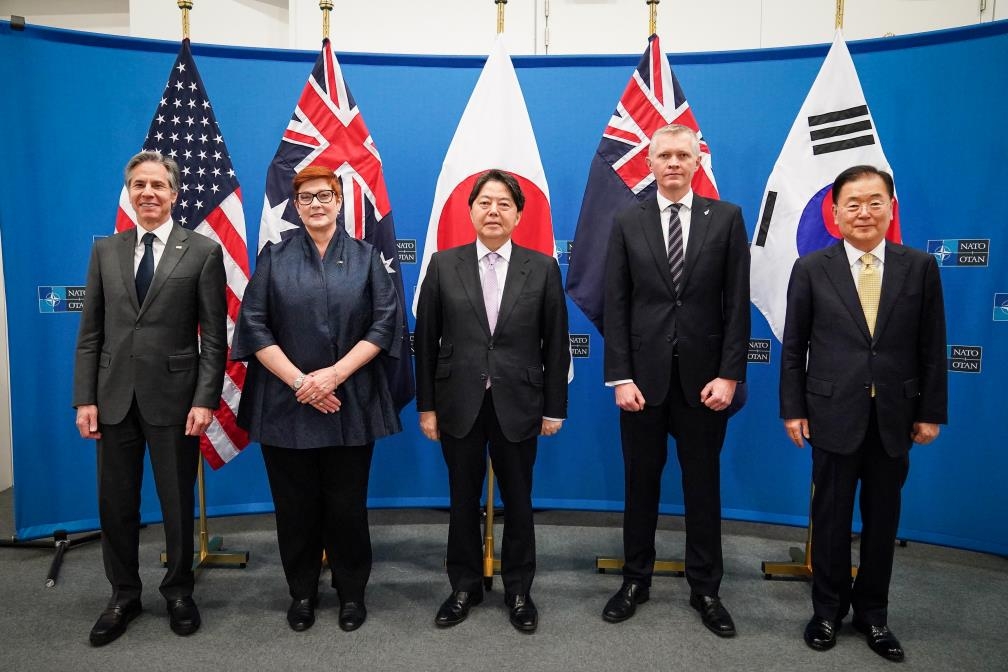