SEOUL, April 8 (Yonhap) -- President-elect Yoon Suk-yeol will embark on a national tour next week, starting with a trip to the southeastern region of Daegu where a visit with former President Park Geun-hye is under consideration, his spokesperson said Friday.

During the visits to Daegu and the surrounding North Gyeongsang Province, Yoon will thank the people for his election victory and gather opinions on ways to achieve balanced growth across regions, a task he has repeatedly highlighted, Bae Hyun-jin said during a press briefing.

The detailed itinerary, including cities and dates, will be announced at a later time, she said.

When asked whether Yoon plans to meet with the former president in Daegu, Bae answered, "That is certainly under consideration, but nothing has been decided yet."

Park recently moved into her new home in Daegu after being released from prison under a presidential pardon and subsequently from a hospital.

In 2016, Yoon was the lead prosecutor for a corruption investigation into Park that led to her impeachment, removal from office and imprisonment in 2017.

Yoon has repeatedly stated his wish to visit Park, saying he feels "greatly sorry" for the investigation on a political and emotional level, though he was doing his job. 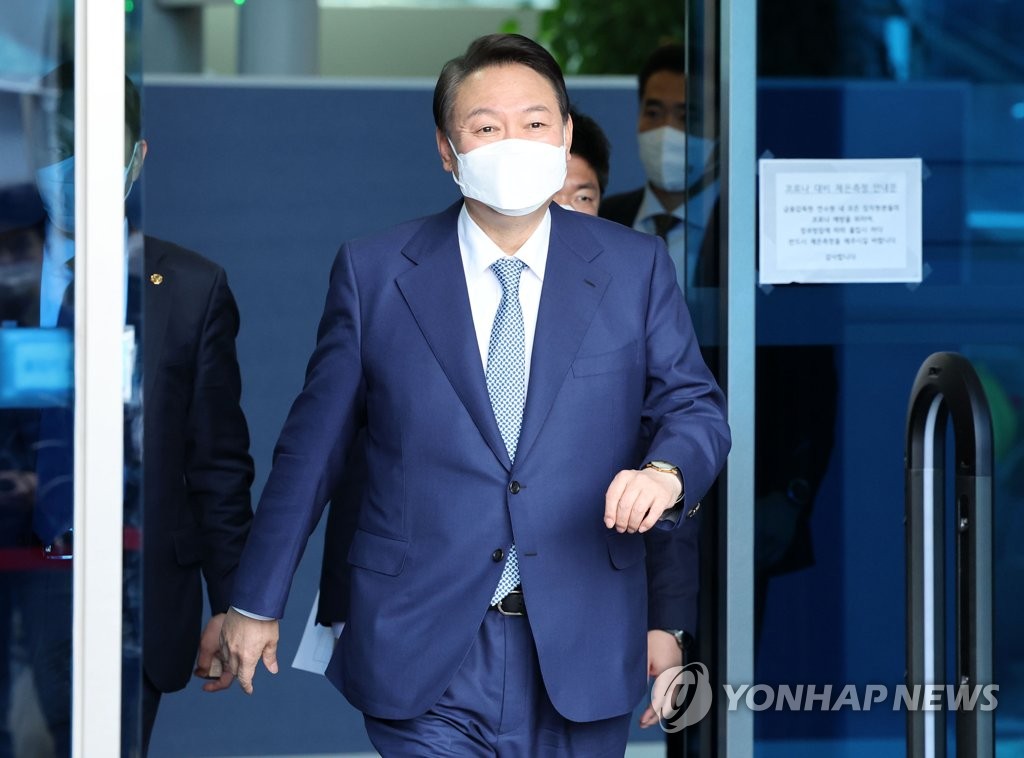