(ATTN: RECASTS headline; UPDATES throughout with info after phone call)

Yoon made the remarks during a phone call with IOC President Thomas Bach, according to Yoon's spokesperson, Bae Hyun-jin. It marked the first time he has spoken with the chief of an international organization since his election last month.

During the call, Yoon expressed his appreciation for the IOC's contribution to building global solidarity and peace through sports, and discussed cooperation in South Korea's planned hosting of the 2024 Winter Youth Olympic Games, the spokesperson said.

"(Yoon) expressed support for the IOC's measures related to the Ukraine crisis, including its recent recommendation on banning Russian athletes from participating in international competitions," she said.

He also asked for the IOC's support for the successful opening of the General Assembly of the Association of National Olympic Committees (ANOC) in October in Seoul.

In response, Bach stressed South Korea is a "very important partner to the IOC" and expressed his wish to discuss pending issues further with Yoon during his visit to the ANOC. 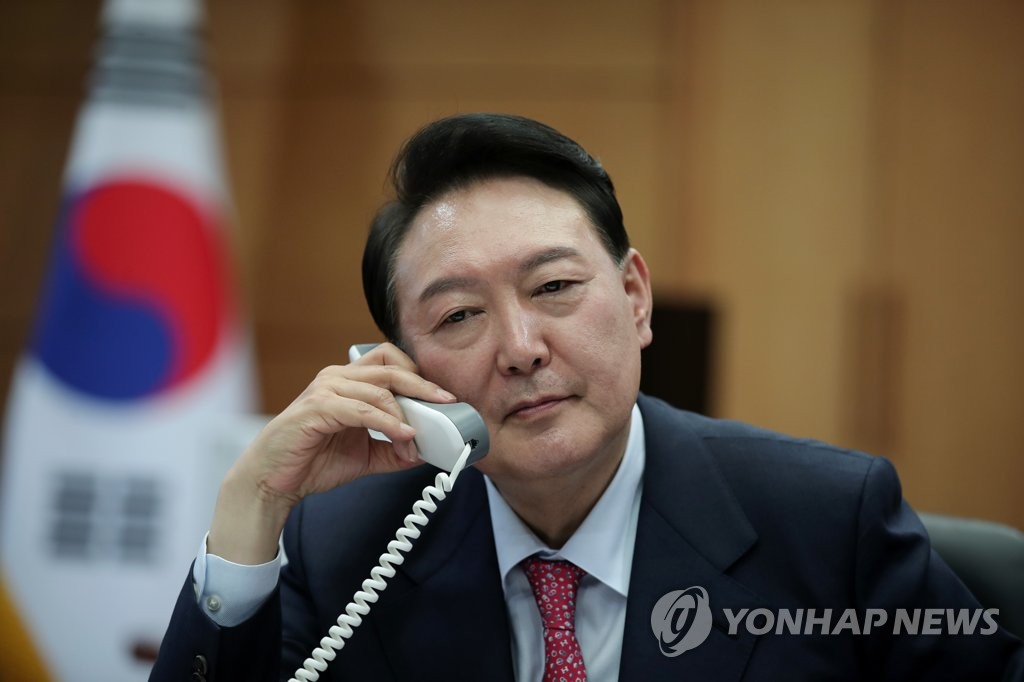