The United States is seeking to launch the Indo-Pacific Economic Framework (IPEF) to seek deeper cooperation with partner nations on a wide range of economic and trade issues, including digital trade and supply chains. The move is widely seen as aimed at countering China amid an intensifying Sino-U.S. rivalry.

"Discussions about the IPEF are expected to be fleshed out and pick up the pace," Finance Minister Hong Nam-ki told a government meeting on economic security and strategy.

"The government plans to discuss its stance and plan over the issue in a positive manner," he added.

South Korea is seeking to join the Comprehensive and Progressive Agreement for Trans-Pacific Partnership (CPTPP) involving 11 nations as part of efforts to diversify its export portfolio.

The minister said the incoming government of President-elect Yoon Suk-yeol is expected to deal with negotiations for the accession to the CPTPP. 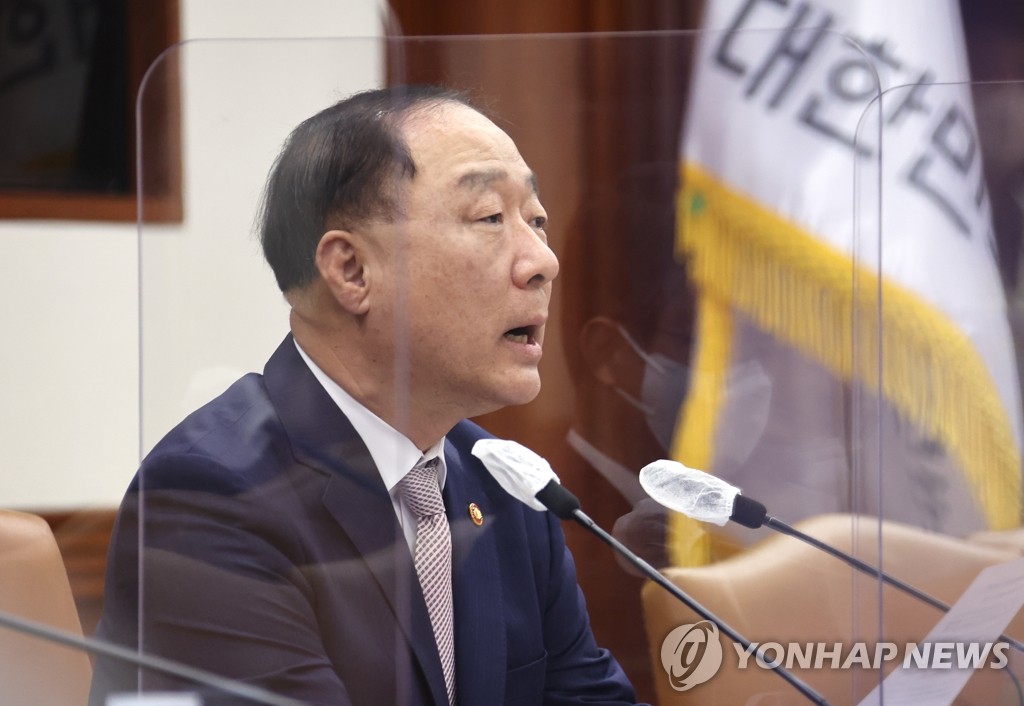