Kweon beat Rep. Cho Hae-jin to become the floor leader after garnering 81 of 102 votes cast during a general meeting of PPP lawmakers at the National Assembly.

The four-term lawmaker is considered one of Yoon's closest confidants known as "Yoonhaekgwan" -- an abbreviation of "Yoon Suk-yeol's core associates" in Korean -- that also include Reps. Chang Je-won and Yoon Han-hong of the same party.

"I feel heavy responsibility," Kweon said after the election. "Although I am close to the president-elect, I will speak straightforward and give bitter advice based on our deeply trusted relationship, so that our party and the Yoon government do not lose favor in the people's eyes." 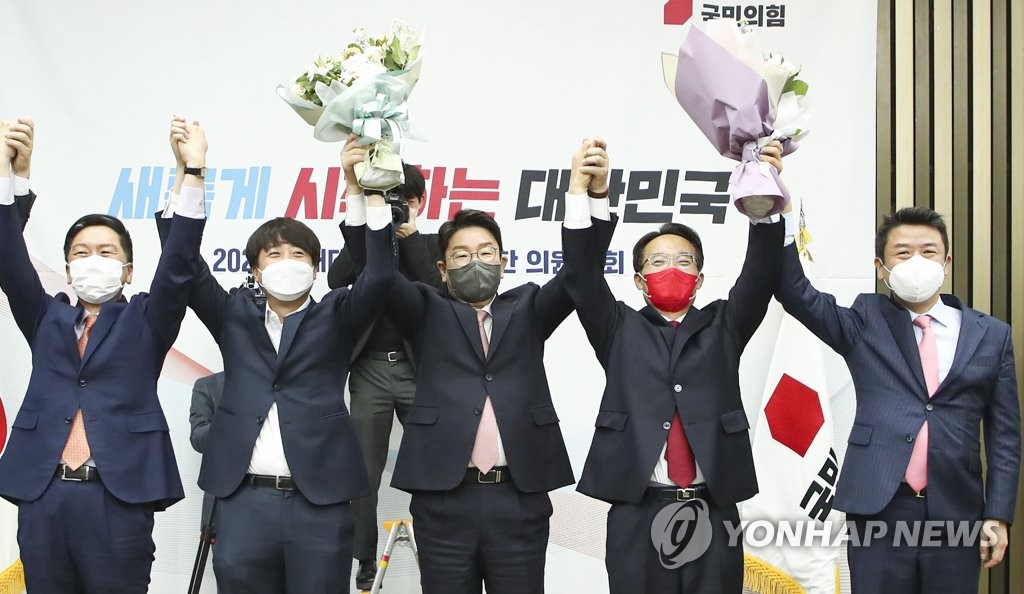 Kweon, 61, has also been friends with Yoon since childhood when the two met during visits to their respective families in the eastern coastal city of Gangneung.

He is known to have steered Yoon's campaign from the start, serving as Yoon's chief of staff and the party's secretary-general before resigning early this year amid an internal feud.

Kweon will be tasked to lead his party against the Democratic Party (DP) in dealing with issues like getting National Assembly approval for Yoon's Cabinet member nominations, an extra budget bill for the pandemic-hit small merchants and other legislation subjects related to Yoon's incoming government.

"The duty of the first floor leader under the Yoon administration will be swiftly legislating and executing key policies of the government," Kweon said. "I will ask for cooperation and persuade opposition parties to carry out these tasks in line with the government." 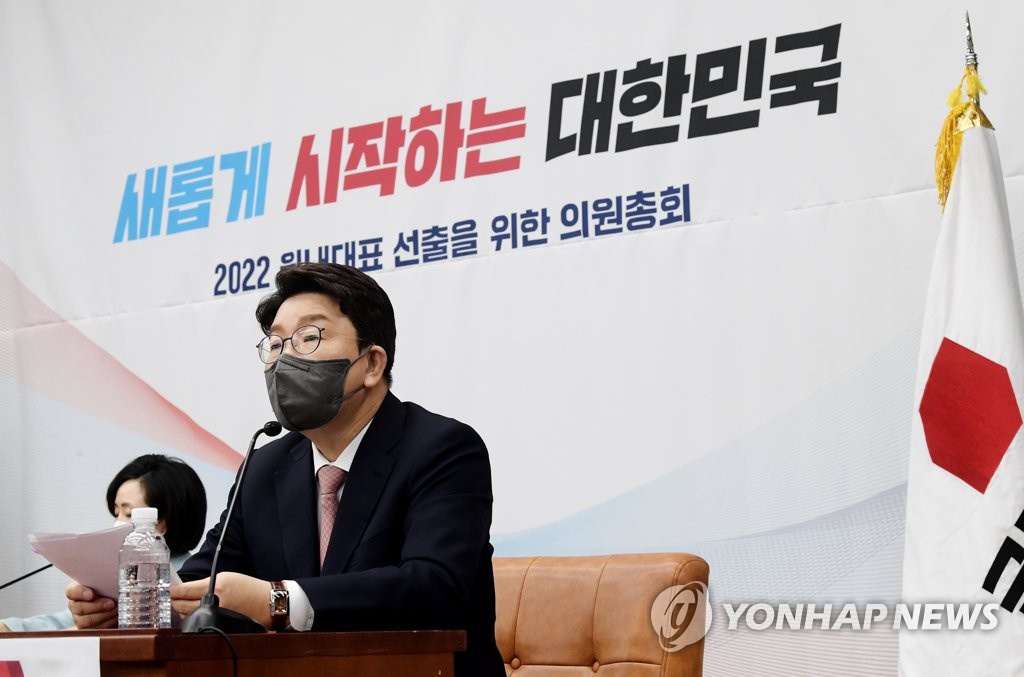