The Gallup Korea survey of 1,004 adults, conducted from Tuesday to Thursday, also showed 22 percent said Han is not fit for prime minister in the incoming government. Thirty-nine percent of the respondents declined to give their answers.

The rate of positive response on Han is 22 percentage points lower than that of Lee Nak-yon, the first prime minister in the current Moon Jae-in administration, who scored a positive response of 60 percent in a poll conducted before his confirmation hearing.

However, Han's 38 percent was 15 percentage points higher than that of Chung Hong-won who was the first prime minister under the Park Geun-hye administration.

Han, 72, was picked by President-elect Yoon Suk-yeol on Sunday as the first prime minister of the incoming government, but he has come under fire for allegations of conflicts of interest related to his home in the early 1990s.

He is also criticized for receiving hefty wages as an adviser to law firm Kim & Chang that represented the scandal-hit U.S. private equity firm Lone Star in the early 2000s.

Meanwhile, on expectations of Yoon's performance over the next five years, 56 percent said he will do a good job after taking office, while 38 percent said they do not expect Yoon to do well on state affairs.

In regards to the approval rating of outgoing President Moon, 44 percent rated his performance positively, while 49 percent gave a negative assessment. 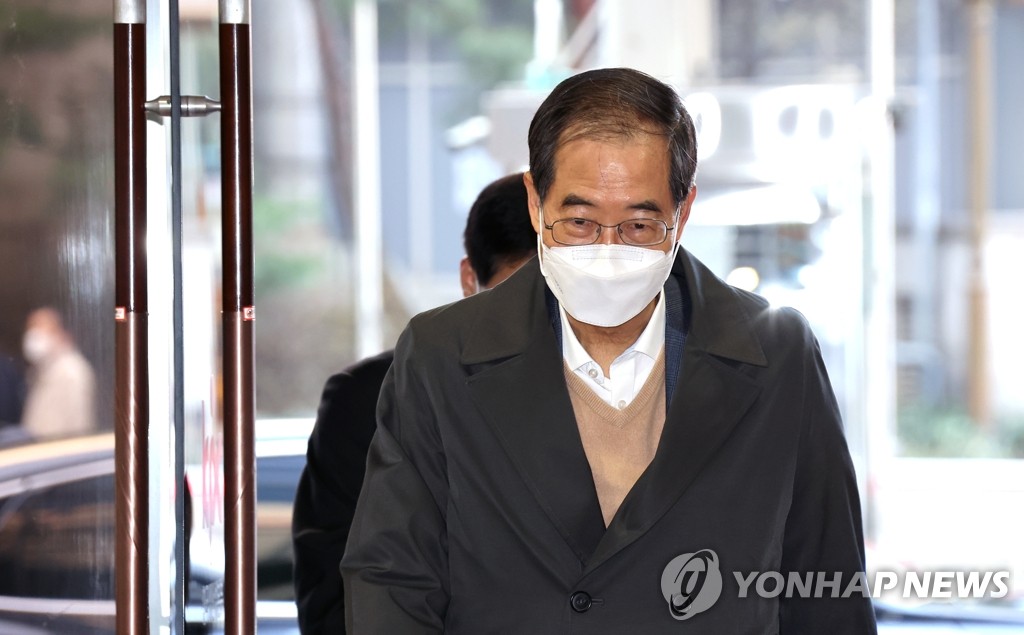