SEOUL, April 8 (Yonhap) -- British Lt. Gen. Andrew Harrison, the deputy commander of the United Nations Command (UNC), called Friday for "everyone to seek common sense" and pursue stability on the Korean Peninsula amid growing concerns about the possibility of additional provocations by North Korea.

Harrison made the call during an interview with Yonhap News Agency, describing the current security situation in the region as "very tense" and stressing his key takeaway from his experiences in conflict zones: Communication is "always the solution."

Speculation has lingered that Pyongyang could test-fire a submarine-launched ballistic missile or another intercontinental ballistic missile in time for key political events later this month. Satellite imagery suggests it may be even gearing up for a nuclear test.

"I think it's very tense. My assessment would be that the challenges appear to be growing greater every month," Harrison said. "I hope everyone can seek common sense and we can get back into a position where security is much more stable." 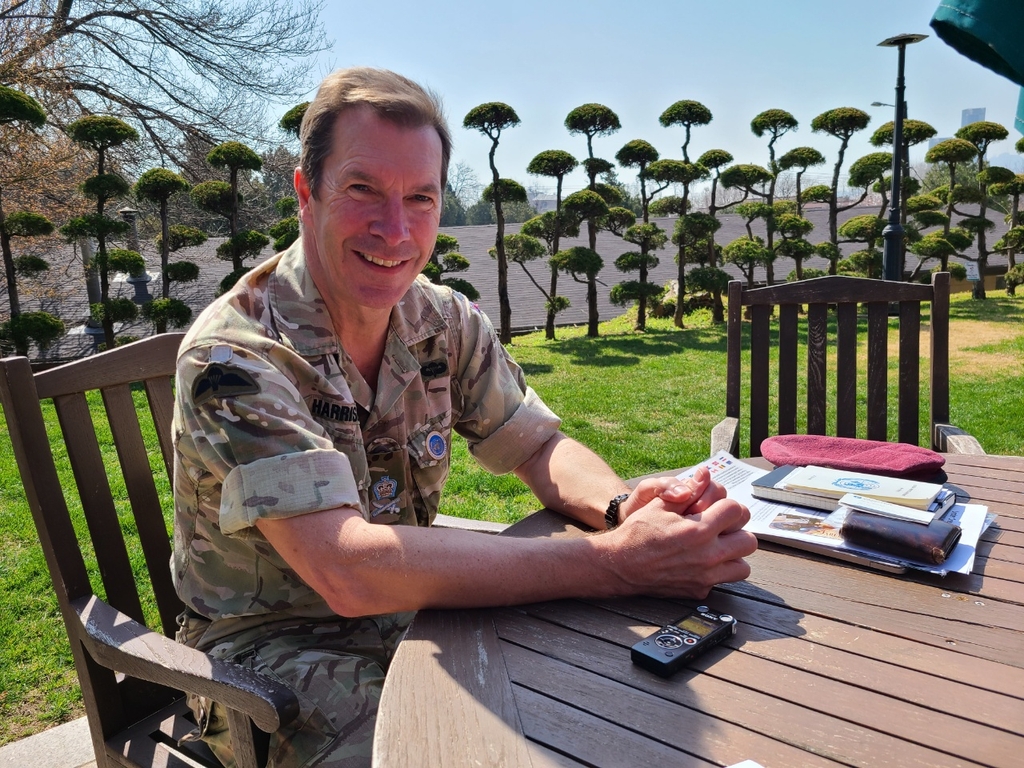 Having assumed duty here in December, Harrison sees opportunities here to apply lessons from his 35-year military service marked by tricky peace operations in conflict zones, including in Iraq, Afghanistan and Sierra Leone.

The deputy commander himself has learned lessons the hard way through his own share of ordeals, including 12 days of captivity by rebels in Sierra Leone in 2000 when he was serving as a U.N. observer.

"I think the first and most important is that violence doesn't work and the threat of violence only seems to make tensions greater," Harrison said. "Communication is always the solution ... and transparency and explaining what you're doing and why you're doing it."

Asked about how the UNC will cooperate with the incoming Seoul government of President-elect Yoon Suk-yeol, Harrison expressed his command's hope for "very cordial" relations.

"I think we're all looking forward to very cordial relationships with the new government when it comes in," he said, mentioning Yoon's visit earlier this week to Camp Humphreys in Pyeongtaek, south of Seoul, where the UNC and U.S. Forces Korea are headquartered.

Touching on the issue of a potential peace treaty that would replace the current armistice that halted the 1950-53 Korean War, Harrison said it is "what we all hope for" but challenges have remained for decades.

"So clearly, this is not a simple problem and it's a problem that I hope one day can be resolved," he said. "But it is a real challenge."

The outgoing Moon Jae-in administration had pushed for the declaration of a formal end to the Korean War as part of efforts toward the ultimate goal of a peace treaty. But the endeavors have raised a fundamental question on the future of the UNC, as a peace treaty could end the command's key role as an enforcer of the armistice.

Harrison said that the future of the UNC is a "responsibility for the U.N. Security Council" that crafted resolutions on the launch of the command tasked with restoring peace in Korea.

The British general also stressed the need to remember the "price of war" so as to constantly realize the importance of peace and communication.

"Those who haven't seen war risk glamorizing it," he said. "Korea went through a horrific conflict 70 years ago and those memories will fade. But with that fading memory comes the risk that we won't remember how awful it was."

Harrison, who has ample experience in European operations, expressed sadness over the ongoing conflict between Ukraine and Russia.

"Clearly, it is not the business that I am about here ... But as a soldier, as a father, as a human being, it is tragic to see that you are again in conflict," he said.