SEOUL, April 10 (Yonhap) -- South Korea plans to launch its first homegrown spy satellite in 2023 atop a rocket from U.S. commercial space firm SpaceX under a project to place five such satellites into orbit by 2025, Seoul officials said Sunday.

The state-run Korea Aerospace Research Institute and Agency for Defense Development have signed contracts with the firm to use its SpaceX Falcon 9 rocket for the first 800-kilogram satellite launch in the U.S. in 2023 and for the remainder by the target year, according to the officials.

In 2017, Seoul kicked off the acquisition project -- worth 1.2 trillion won (US$970 million) -- in earnest, to bolster reconnaissance capabilities and reduce its reliance on foreign intelligence sources.

The acquisition of military satellites has been a key requirement for South Korea, as it has been pushing to retake wartime operational control from the U.S. to lead the allies' combined forces.

Under the defense project, Seoul plans to run four synthetic aperture radar ones, which use radio waves and an electro-optical infrared version, according to officials.

Once those satellites go into service, they are expected to bolster South Korea's overall defense system, including its capabilities to monitor and track North Korea's military movements.

In a separate move, South Korea also successfully test-fired a solid-fuel space rocket in late March. The space rocket is designed to put a small satellite into a low Earth orbit for surveillance operations.

The military launched its first communication satellite, the Anasis-II, in 2020 atop the SpaceX Falcon 9 rocket as well. 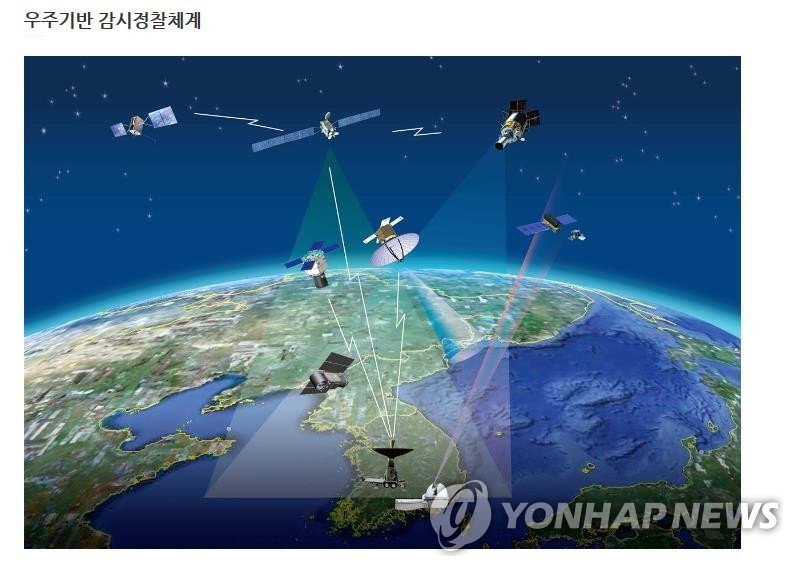