SEOUL, April 8 (Yonhap) -- The Supreme Prosecutors Office on Friday openly voiced objection to the ruling Democratic Party (DP)'s push to strip the state prosecution of its investigative power as part of it broader prosecution reform plan.

Ahead of the inauguration of conservative President-elect Yoon Suk-yeol on May 10, the liberal party is widely seen as quickening steps to complete its prosecution reform push, centered on weakening the state prosecution and eventually stripping it of authority to investigate.

In a statement, the top prosecutors office said it "objects to the political circles' legislative bill on completely abolishing the investigative function of the prosecution."

"Barring prosecutors from their own direct fact-finding marks an overnight turnaround from the criminal justice procedures that have been in force for about 70 years," the release said. "It will not only bring extreme confusion, but also increase people's inconveniences and weaken the country's ability to respond to serious crimes."

"Prosecutor General (Kim Oh-soo) deeply empathizes with such opinions by the members of state prosecution, and takes the current situation very seriously," it also said.

The office asked politicians to seriously reconsider the bill and make the right decision, it added. 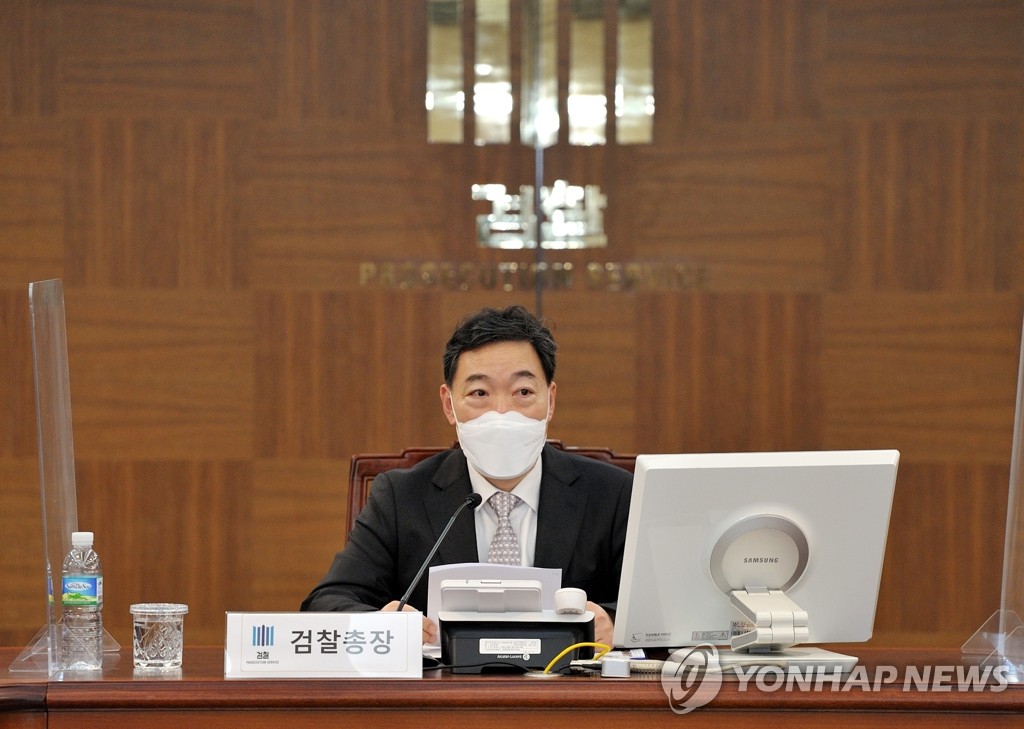