SEOUL, April 8 (Yonhap) -- The Seoul city government on Friday banned a planned demonstration by a major umbrella union near the office of the presidential transition committee in central Seoul next week.

In an official notice sent to the Korean Confederation of Trade Unions (KCTU), the city government cited concerns of possible COVID-19 transmissions in restricting the group's planned demonstration in front of the committee's office building in central Seoul next Wednesday.

Authorities said they were concerned the probability of the demonstration's expansion was very high, as similar protests were already scheduled in areas adjacent to the one planned by the KCTU. Police reportedly estimated some 10,000 people will participate in the KCTU demonstration.

The KCTU, however, said it will push ahead with the rally in central Seoul, though the exact location has yet to be determined. 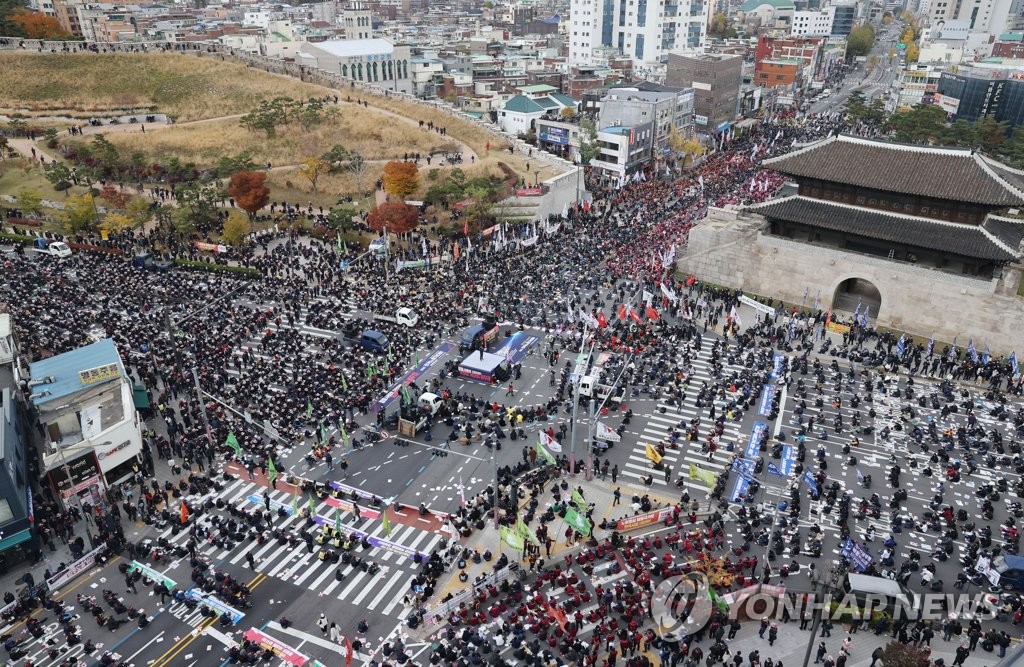