SEOUL, April 10 (Yonhap) -- Hanwha Systems, a South Korean defense firm, has unveiled a radar prototype for the long-range surface-to-air missile (L-SAM) interception system under development, in a sign of progress in the country's missile defense technology.

The company revealed to reporters the prototype of the multi-function radar (MFR) at its research center in Yongin, just south of Seoul, on Wednesday, amid Seoul's stepped-up push to counter North Korea's evolving missile threats.

The radar is a core component of the L-SAM system the country seeks to deploy by 2026 as part of its multilayered, low-tier missile defense program. The L-SAM is designed to shoot down incoming missiles at altitudes of around 50-60 kilometers.

Led by the state-run Agency for Defense Development, the L-SAM project involves a series of local defense firms, including LIG Nex1 in charge of the missile development.

Officials at the Yongin center expressed confidence about the interception project in the making.

"From the perspective of a technology developer, the domestic foundation for the development of an interception system equivalent to the THAAD level has been sufficiently established," one researcher told reporters on condition of anonymity.

His remarks came in response to a reporter's request to compare capabilities of the L-SAM and the U.S.-made THAAD missile defense system.

The MFR radar, referred to as the "eyes" of the system, is capable of rotating 150 degrees, and responding to "hundreds" of aircraft and "tens" of ballistic missiles at the same time, an official from Hanwha told reporters.

It can carry out various missions, such as detecting, tracking, or identifying friends or foes.

Once the development is completed, the L-SAM interceptor would form a key part of South Korea's anti-missile program, including the Patriot Advanced Capability-3 missile and a medium-range surface-to-air missile, dubbed Cheongung II.

In February, the state-run Agency for Defense Development also oversaw the test-firing of an L-SAM at a testing site in Taean, 150 kilometers southwest of Seoul, amid evolving North Korean missile threats. 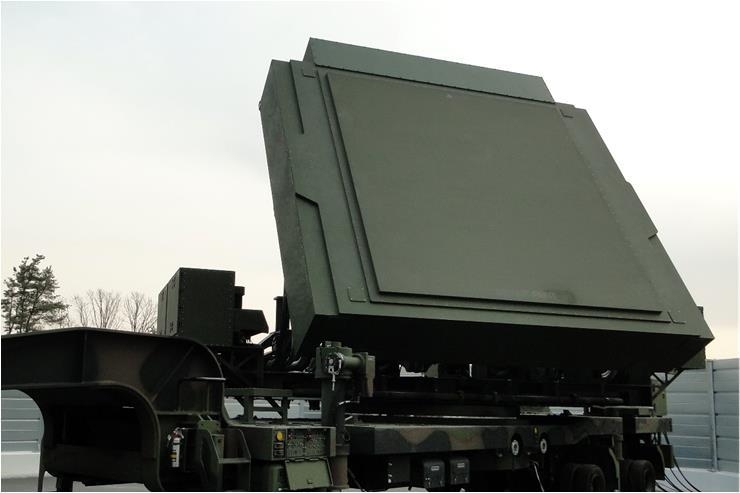