The talks with Oleksii Reznikov took place at the request of the Ukrainian chief to share information on the rapidly changing crisis in Kyiv, and call for additional support and humanitarian aid from Seoul, according to the ministry.

"Minister Suh denounced Russia's armed invasion and explained our government's position, expressing grave concerns over the massacre of civilians announced by the Ukrainian government," the ministry said in a text message sent to reporters.

South Korea has provided Ukraine with non-lethal military supplies worth 1 billion won (US$804,100), such as bulletproof helmets and blankets, as well as medical items. 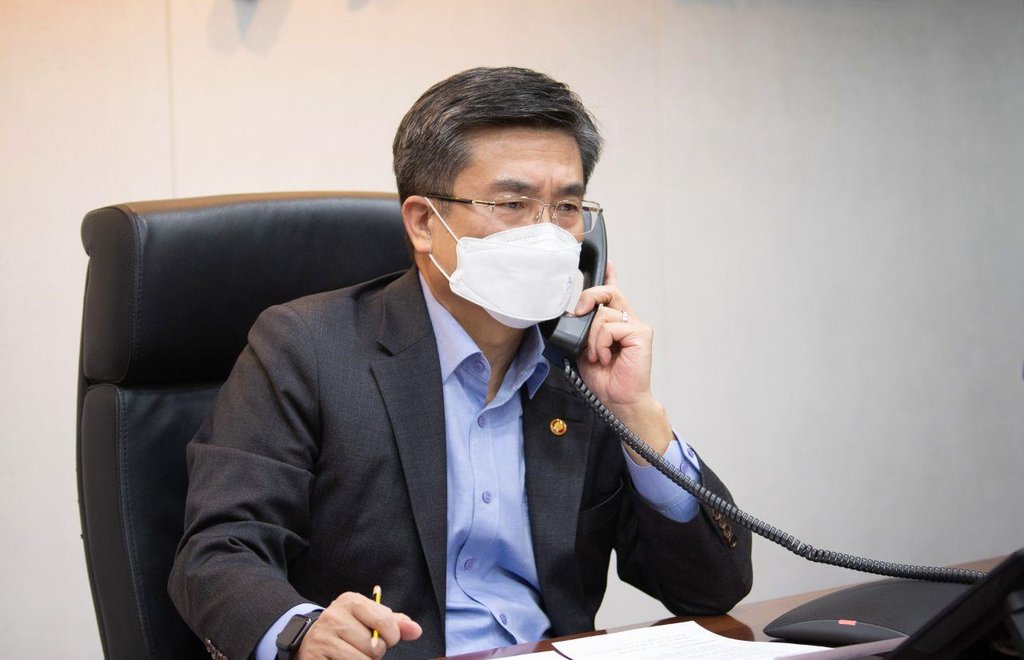