The seven-member act earned the nods in six categories -- the most ever for the K-pop superstars -- for the awards show set for May 15 (U.S. time), according to Bighit Music.

For Top Selling Song, two BTS songs – "Butter" and "Permission to Dance" -- were nominated, according to the agency.

At last year's BBMAs, the boy band won four awards, including the major title of Top Selling Song, the most the group has ever won at the event.

It was the first time the band had won more than two titles at the BBMAs. In 2019, it took home the Top Duo/Group and Top Social Artist awards. 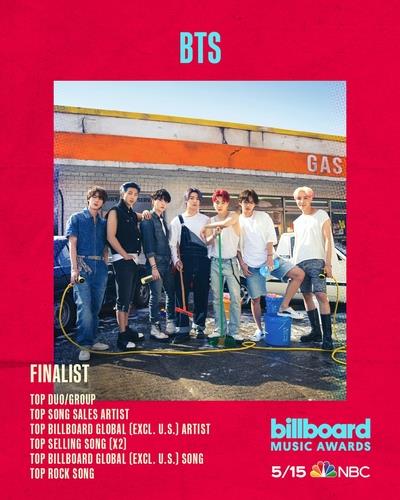