SEOUL, April 10 (Yonhap) -- South Korea's daily COVID-19 cases fell below 200,000 for the second straight day Sunday amid a downtrend in the virus curve, as the country is poised to further relax antivirus curbs in efforts to return to normalcy.

The country added 164,481 new COVID-19 infections, including 27 from overseas, bringing the total caseload to 15,333,670 out of the 52 million population, the Korea Disease Control and Prevention Agency (KDCA) said.

The daily count has trended in or below the 200,000 range in the past week, marking a downward curve after reaching the peak of 621,180 on March 17, as the omicron wave has been slowing.

The country reported 329 new COVID-19 deaths, down from Saturday's 338, with the fatality rate standing at 0.13 percent.

The number of critically ill patients reached 1,114, up 15 from the previous day.

Daily infections are expected to continue their downward move on Monday.

As of 9 p.m. Sunday, the country had reported 89,496 new cases, down 71,514 from a day earlier. Daily figures are counted until midnight and announced the following day.

This marked the first time in about seven weeks that the infection tally during the timeframe of Sunday has stayed below 100,000.

The recent downward trend came as health authorities are expected to announce a new "post-omicron scheme" aimed at further lifting social distancing and normalizing the medical system to that of pre-pandemic days.

People are likely to be allowed to go mask-free outside.

The government is also expected to downgrade the COVID-19 classification from the current Class 1, the highest in the four-tier system, in a step toward handling COVID-19 as an endemic disease.

As of midnight Saturday, 44.51 million people, or 86.7 percent of the population, had been fully vaccinated, while 32.92 million people, representing 64.2 percent, had received booster shots, according to the KDCA.

Health authorities said another batch of Pfizer's Paxlovid pills, enough for 150,000 patients, will arrive in South Korea on Monday. That puts the total of COVID-19 treatment pills delivered here at an amount enough to be administered to 624,000 people.

South Korea has brought in MSD's Lagevrio pills for 100,000 people. 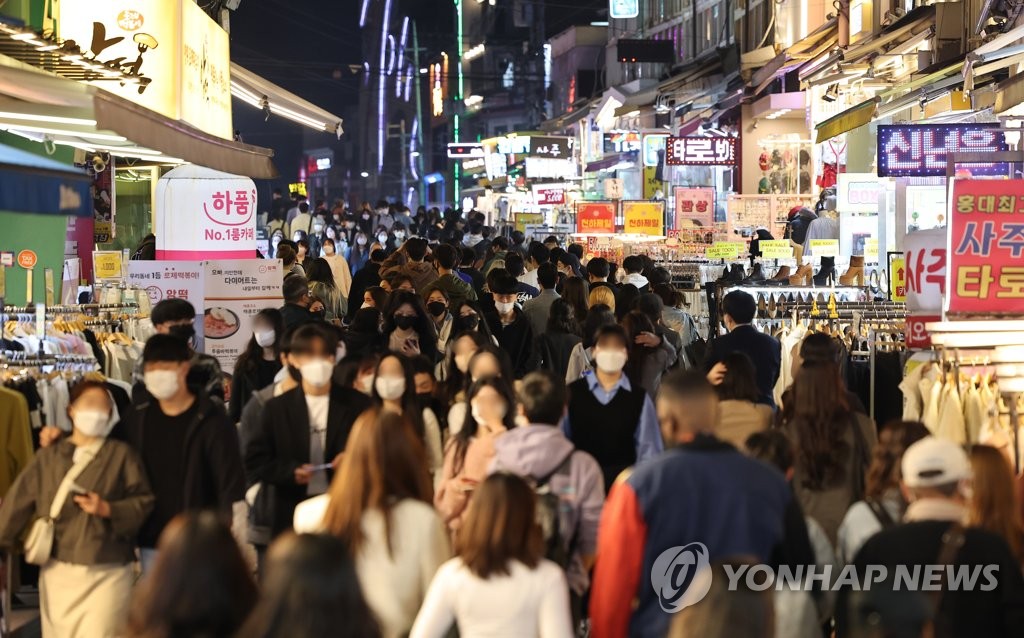