SEOUL, April 10 (Yonhap) -- The nominee for South Korea's finance minister said Sunday the incoming government plans to draw up an extra budget to support pandemic-hit merchants but it will be pursued in a way that does not stoke inflation or hamper financial stability.

Rep. Choo Kyung-ho, named to concurrently serve as deputy prime minister for economic affairs, made the remarks hours after his nomination amid concerns the creation of another massive extra budget is not in sync with the central bank's rate hikes aimed at curbing inflation.

"We plan to seek a policy mix in a way that does not hamper efforts to keep macroeconomic stability and minimizes impacts on inflation (when we will) push to compensate the self-employed and stabilize people's livelihoods," Choo told reporters.

Choo added details about an extra budget, including its size and funding methods, will be unveiled in late April or early May. 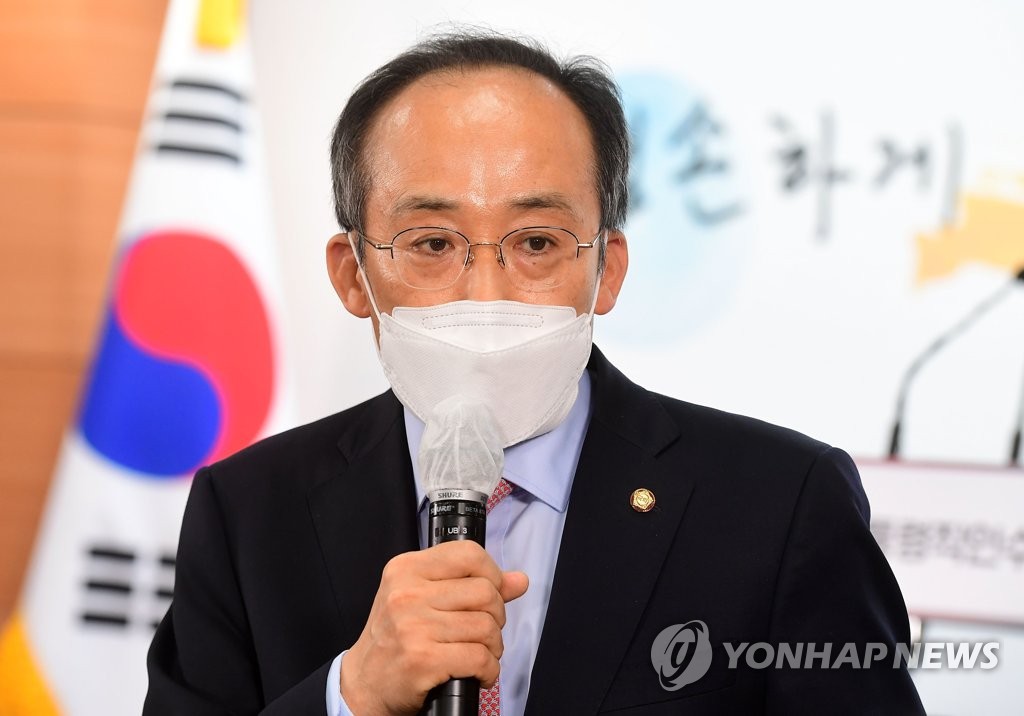 Yoon vowed to cut non-priority expenditures to finance his spending plan. But concerns are growing that recently soaring bond yields will likely move even higher, as the new government may have to resort to a debt sale to fund an extra budget.

Consumer prices grew 4.1 percent in March from a year ago, the fastest gain in more than 10 years. The prices accelerated from a 3.7 percent on-year rise in February.

The Bank of Korea (BOK) is widely expected to continue to raise its policy rate in the coming months to curb inflation. It is set to hold a rate-setting meeting Thursday.

In February, the BOK froze the benchmark interest rate at 1.25 percent after hiking it by a combined 0.75 percentage point since August last year.

In regard to the real estate sector, Choo said he plans to respect market principles and seek to ease property taxes.

"We need to normalize excessive property-related holding and capital gains taxes, and ease some regulations on real estate redevelopment and reconstruction. Supplies of rental homes should be also revitalized," he added.

It would be a turnaround from the administration of President Moon Jae-in, which unveiled a set of measures to curb skyrocketing home prices, such as tax hikes and tighter lending rules. But it led to only a short-term letup in housing prices, since demand for home buying has not easily subdued in anticipation of further price gains.

Choo needs to go through a parliamentary confirmation hearing, but it is widely seen as a formality, as his formal appointment does not require endorsement from the National Assembly. The date for the hearing has yet to be determined.