SEOUL, April 11 (Yonhap) -- Banks in South Korea will likely ease their lending criteria for households and companies in the second quarter amid expectations that the government could ease its tough curbs on lending, a survey showed Monday.

According to the poll of officials handling credit affairs at financial institutions, including 18 banks, conducted by the Bank of Korea (BOK), the index gauging bank's attitude toward home-backed and unsecured loans to households stood at 11 and 3, respectively, for the April-June period.

The figures compared with minus 14 and minus 17 tallied a quarter earlier.

The index measuring banks' lending policy for large and small companies came in at 6 each for the second quarter, up from zero three months earlier, the survey showed.

A reading below zero means the number of lenders that will restrict lending surpasses that of banks planning to ease lending criteria. A reading above zero means the opposite.

The BOK said that demand for fresh loans from households will rise as banks are poised to ease curbs on lending. Demand for corporate loans is also expected to tick up as companies want to secure additional liquidity amid heightening uncertainty at home and abroad.

The incoming government of President-elect Yoon Suk-yeol that will take office on May 10 has emphasized the need to ease lending rules that had been tightened under the current Moon Jae-in administration to keep a lid on fast-growing household debt.

Household debt has been on the rise in recent years as people have taken out loans to tide over the pandemic and bought homes amid soaring prices.

As the BOK has hiked its key policy rate at a fast clip in recent months to rein in inflation, concerns are growing that it could increase financial burden on heavily indebted households and companies. 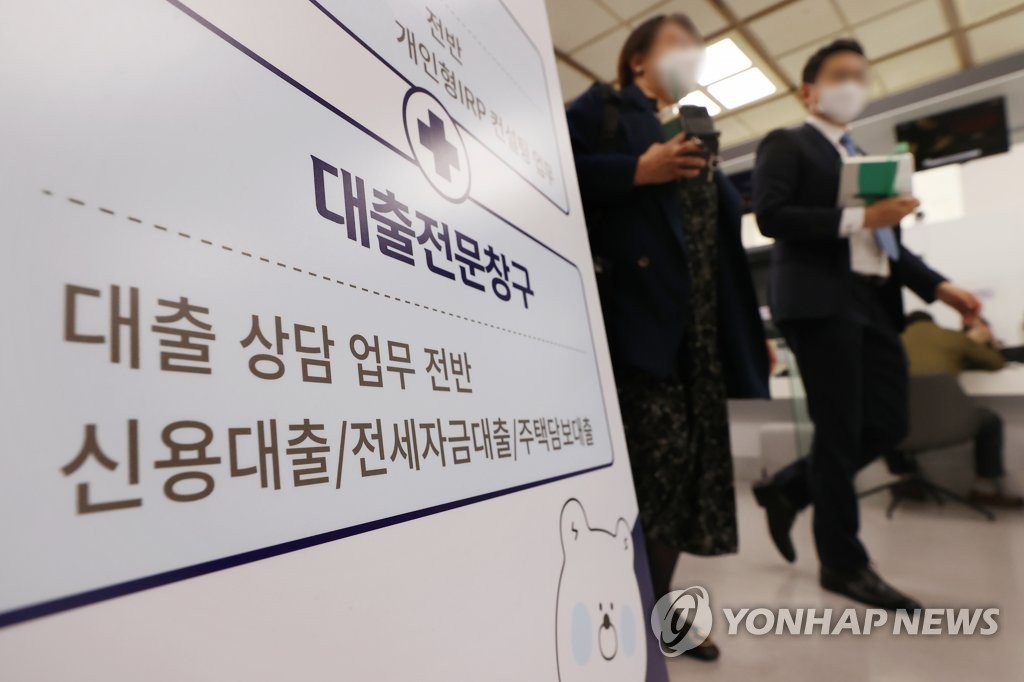