Suh repeated the position in response to Ukrainian Defense Minister Oleksii Reznikov's request for anti-aircraft weapons in their phone call on Friday.

"Suh had explained that there are limits in providing lethal weapon systems to Ukraine, given our security situation and its potential impact on our military's readiness posture," Boo Seung-chan, the spokesperson for the defense ministry, told a regular press briefing.

South Korea has provided Ukraine with non-lethal military supplies worth 1 billion won (US$804,100), such as bulletproof helmets and blankets, as well as medical items in March.

Ukraine has been requesting humanitarian and military support, reportedly including rifles, anti-tank missiles and other weapons, from several countries as it struggles to repel Russian invaders.

Ukrainian President Volodymyr Zelenskyy, meanwhile, plans to deliver a video speech to South Korea's National Assembly later in the afternoon amid expectations that he will renew calls for weapons support. 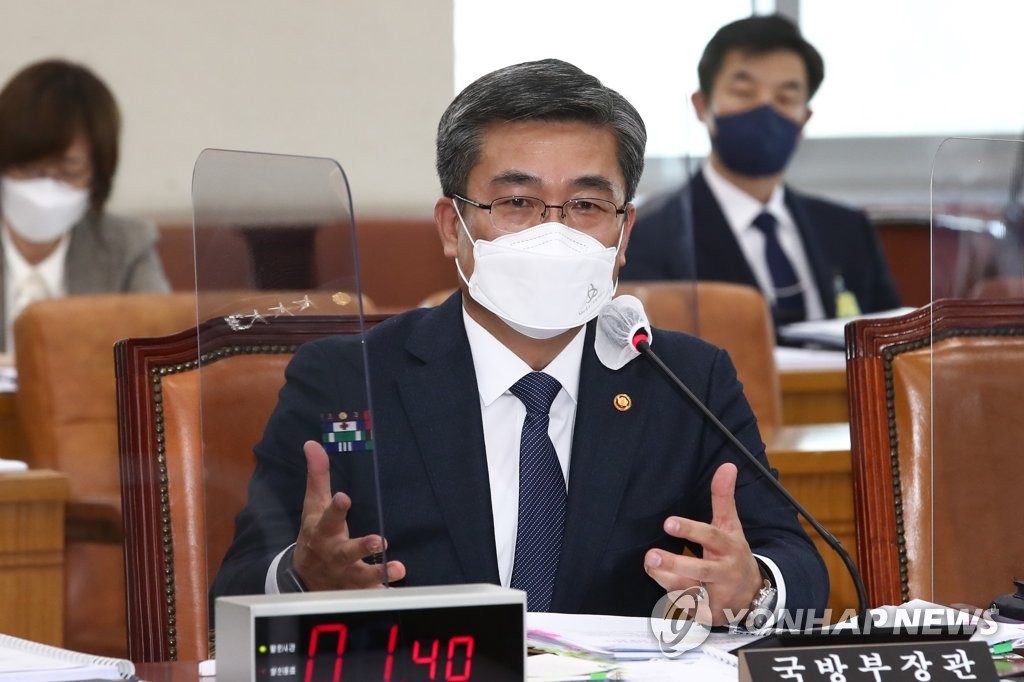