SEOUL, April 11 (Yonhap) -- The transition team of President-elect Yoon Suk-yeol said Monday it will push to scrap the "Korean age" system to reduce the social cost of determining a person's age in multiple ways.

In South Korea, three age systems are currently in use. The most commonly used system is the so-called Korean age, under which a person turns 1 on the day they are born and adds a year on the first day of the new year.

The second system is the internationally recognized system, whereby a person's age is determined on their birthday, while the third system adds a year to a person's age on the first day of the new year. 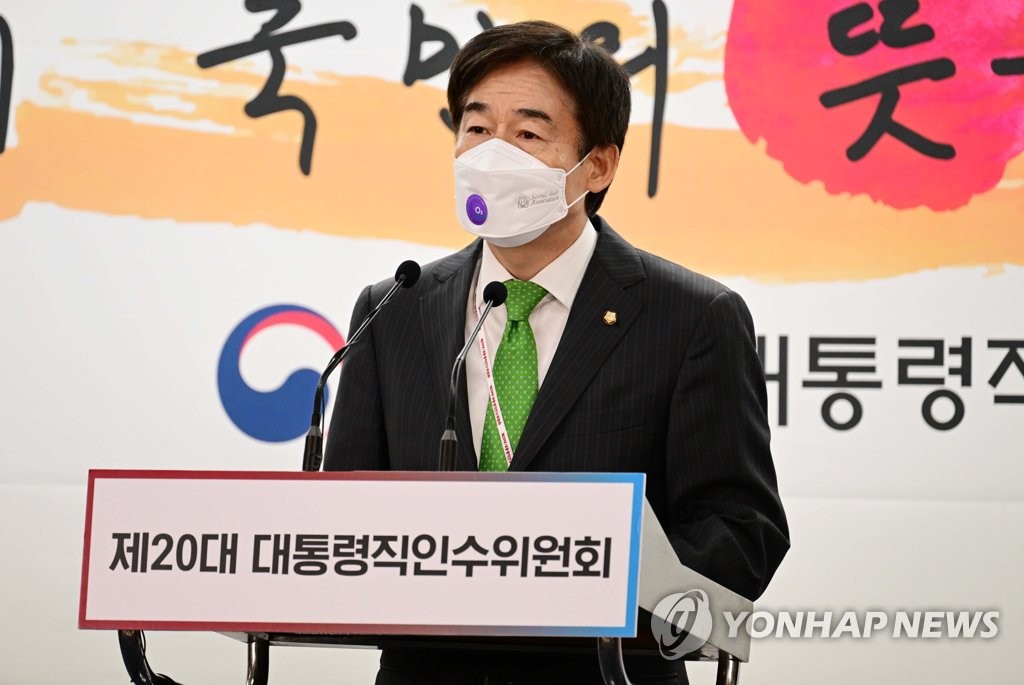 Rep. Lee Yong-ho, chief of the transition team's political, judicial and administrative subcommittee, said the transition team is pushing to merge the three systems into a single system whereby only the internationally recognized age is considered the legal and social age.

"Due to the different calculations of legal and social age, we have experienced unnecessary social and economic costs from persistent confusion and disputes over calculating age when receiving social, welfare and other administrative services or signing or interpreting various contracts," Lee said at a press briefing at the transition team's headquarters.

The unified age system was one of Yoon's campaign promises.

The Ministry of Government Legislation plans to make the necessary amendment to the General Act on Public Administration and submit it to the National Assembly this year with the aim of getting it passed before the end of next year.

The change is expected to take place in phases, with the use of the international age being established first under the civil code and the General Act on Public Administration, followed by revisions to individual laws that stipulate the use of the third age system.