SEOUL, April 11 (Yonhap) -- K-pop superstar BTS will not be invited to perform at President-elect Yoon Suk-yeol's inauguration ceremony, the chief organizer said Monday, following backlash from fans that the group was being "used" for a political event.

The inauguration preparation committee had considered inviting the septet to perform at the inauguration ceremony on the grounds of the National Assembly on May 10. 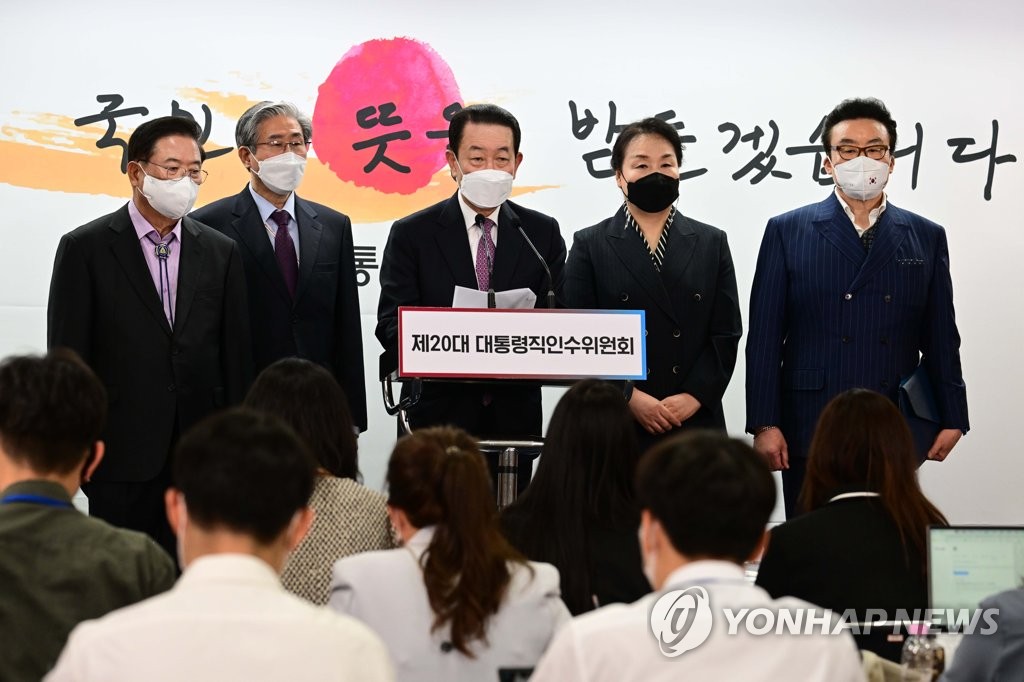 "We believe it won't be suitable to invite BTS this time," Park Joo-sun, the head of the committee, said during a press briefing, noting it was the president-elect's wish to hold a simple ceremony that promotes national unity together with children, vulnerable populations and lesser-known stars.

"Moreover, with a limited budget for the inauguration ceremony, it may be difficult to invite a global idol star, such as BTS, so we decided we won't be able to invite them this time," he said.

Park said he hopes there will be an opportunity to invite BTS to a future event that is better suited to the group's status and fame.

He also rejected the notion of the inauguration ceremony being a "political event," saying it is a state event stipulated by law.

When asked whether former President Park Geun-hye will be invited to the ceremony, the committee chief said the decision will depend on the outcome of Yoon's planned meeting with Park on Tuesday.

The rendezvous is being seen as an opportunity to resolve grievances between the two as Yoon was the lead prosecutor for a corruption investigation into Park that led to her impeachment, ouster and imprisonment in 2017.

The committee chief said various foreign dignitaries have indicated their wish to attend the ceremony and preparations are under way to invite them.

The slogan for the ceremony will be "Again, the Republic of Korea! A new country of the people."