The USS Abraham Lincoln strike group will stay in the waters for about five days in what would be the first such entry there since November 2017, according to the sources.

The move comes amid concerns that Pyongyang could engage in provocative acts, such as the launch of another intercontinental ballistic missile or a nuclear test, in time for its major political events later this month. 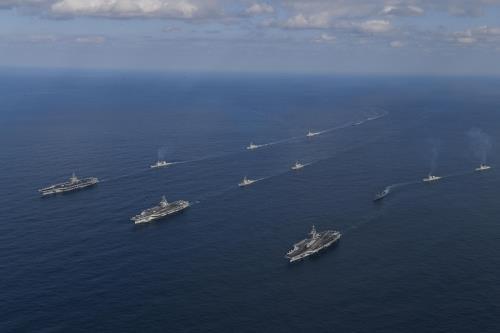 USS Abraham Lincoln to be deployed near Korea this week: sources

USS Abraham Lincoln to be deployed near Korea this week: sources