SEOUL, April 12 (Yonhap) -- New wedding photos of the newlyweds Hyun Bin and Son Ye-jin have been revealed to the public. 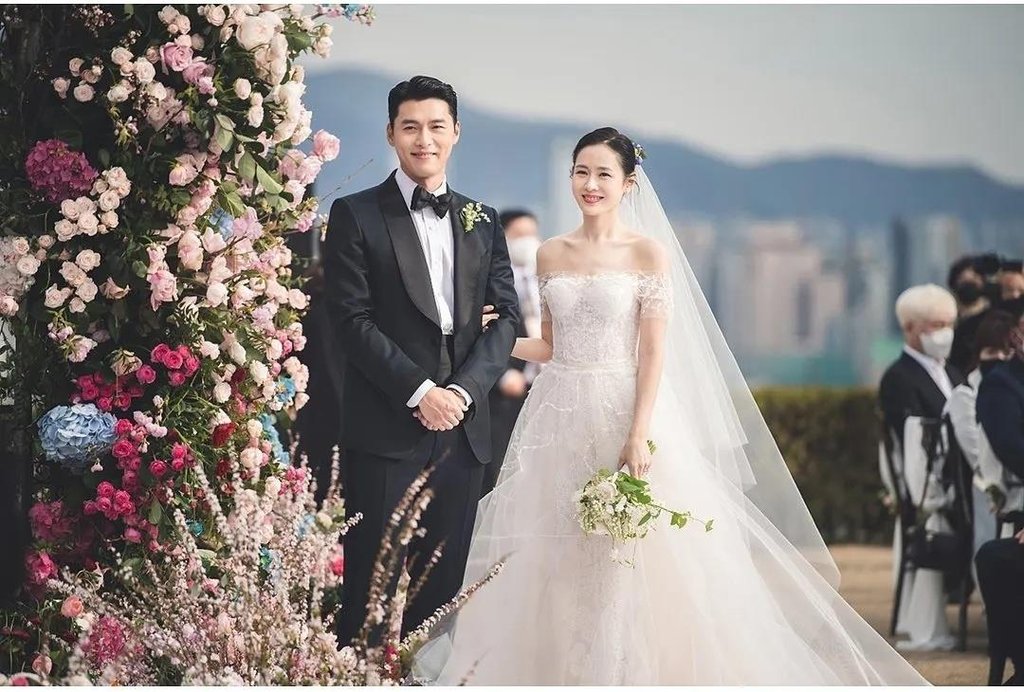 In the photos, dressed in a black tuxedo and wedding dress, respectively, Hyun and Son held hands and smiled brightly alongside the altar decorated with colorful flowers.

Meanwhile, the pair was spotted at Incheon International Airport, west of Seoul, on Monday, reportedly on their way to Los Angeles for their honeymoon. 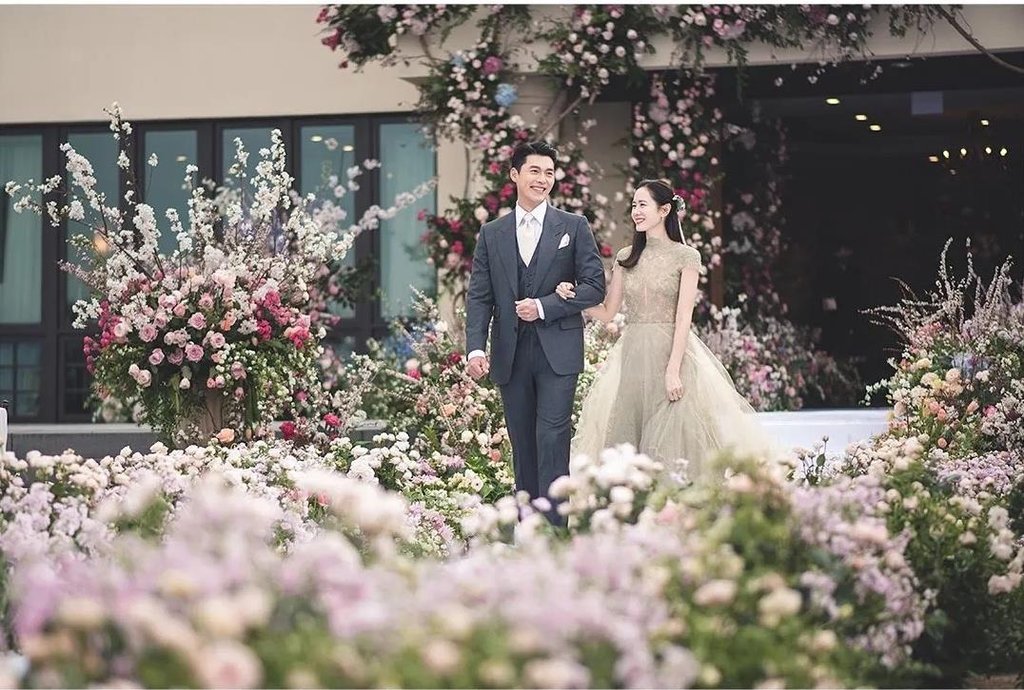 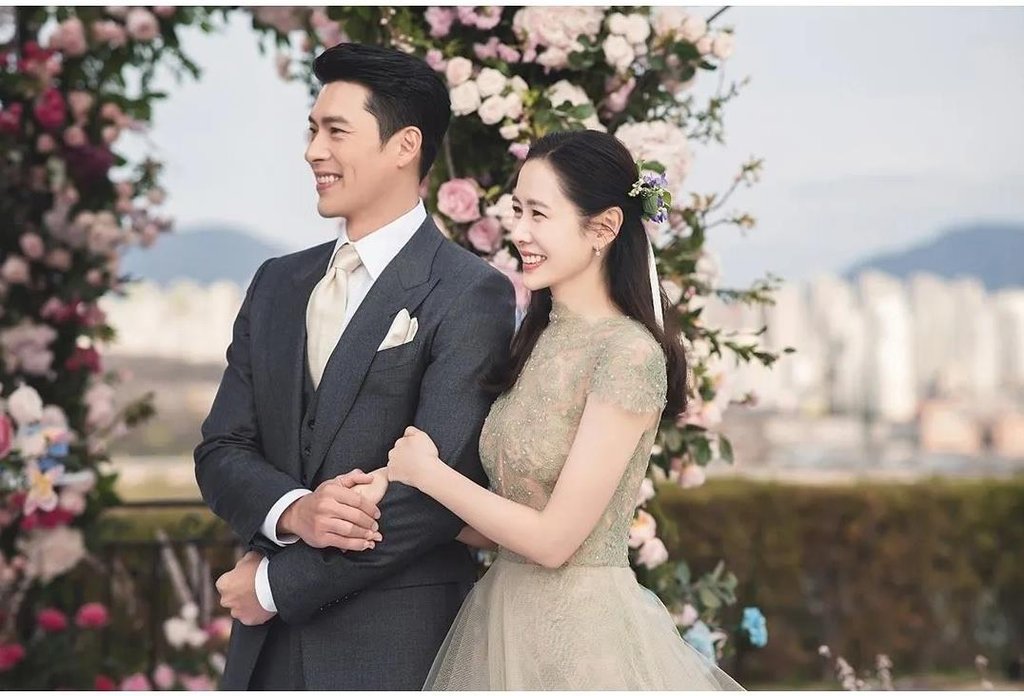 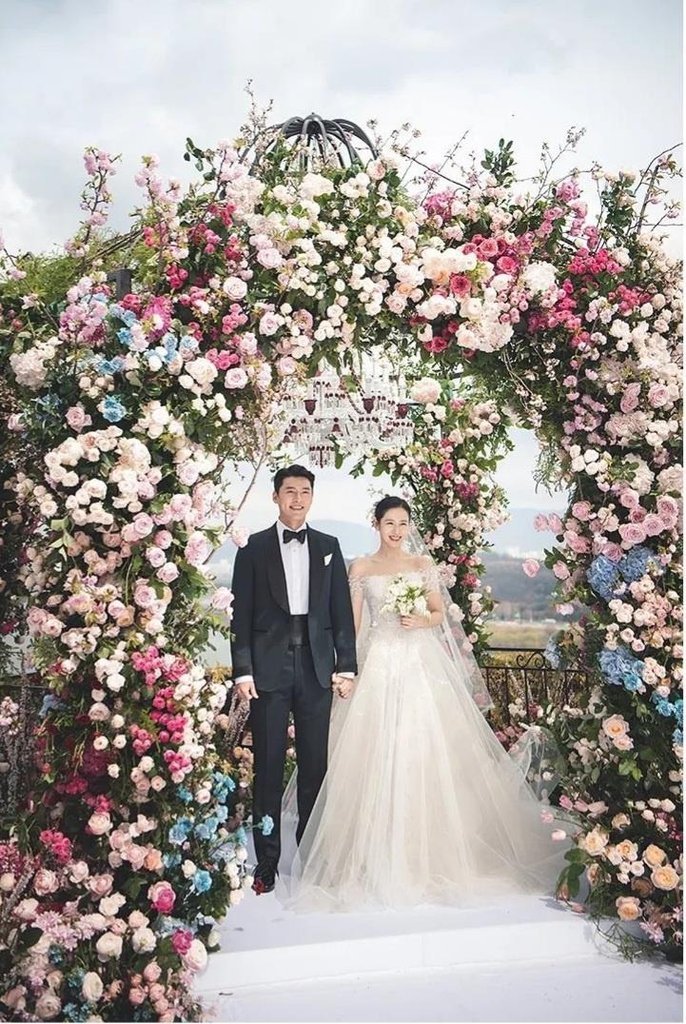