SEOUL, April 12 (Yonhap) -- South Korea's new coronavirus cases bounced back to more than 200,000 on Tuesday after falling to the lowest level in seven weeks a day earlier amid the government's efforts to return to normalcy.

The number of critically ill patients stood at 1,005, down 94 from the previous day. 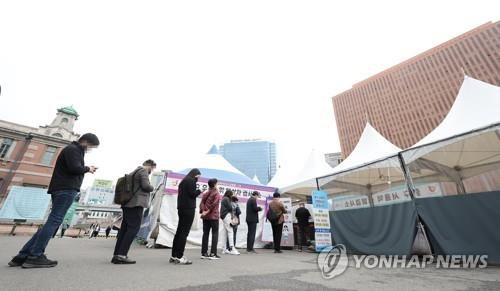 As of 6 p.m. Tuesday, the country had reported 153,790 new cases, down 6,069 from the same time the previous day, according to health authorities and provincial governments. Daily cases are counted until midnight and announced the following morning.

South Korea's virus cases have been on the decrease after peaking in mid-March. On Monday, new cases fell to 90,928, marking the first drop to five digits since the Feb. 22 count of 99,562.

Sohn Young-rae, a health ministry official, said in a radio interview that the government is mulling to end the midnight curfew on public places, like restaurants and cafes, and lift the current cap of 10 people on private gatherings.

He said people can go mask-free outdoors as early as June or July.

On Tuesday, South Korea confirmed its first case of omicron XL, a recombinant variant of omicron strains of the coronavirus.

The unidentified patient, who received a booster shot and tested positive on March 23, shows no particular signs of illness, the authorities said.

The first case of the XL variant occurred in Britain in February, and the number of such cases has since jumped to 66 in Britain, the KDCA said, citing the World Health Organization.

The XL variant is known to be cured without much transmission, the KDCA said, citing the British health authorities.

The KDCA said the WHO classified the XL recombinant variant as a lineage of the omicron strains, so it is not expecting much diversion from the existing ones.

The KDCA said it will closely monitor the hybrid variant, citing lack of its strength of transmissions and fatality.

As of midnight Monday, 44.52 million people, or 86.7 percent of the population, had been fully vaccinated, while 32.94 million people, representing 64.2 percent, had received booster shots, according to the KDCA. 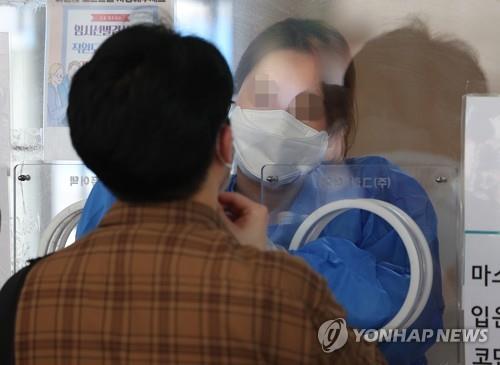