(ATTN: UPDATES with reactions from PPP in paras 5-6, prosecution in para 10-12; TRIMS)
By Park Boram

SEOUL, April 12 (Yonhap) -- The ruling Democratic Party (DP) decided Tuesday to seek to pass a bill depriving the prosecution of its investigative power through the National Assembly later this month.

The plan to pass the prosecution reform bill was adopted as a party policy at its plenary meeting.

The DP, which holds 172 seats in the 300-member National Assembly, has been pushing for what it calls a "complete deprivation of the prosecutorial investigative right" as part of efforts to reform the powerful law enforcement agency that has long been accused of abusing its power for political purposes.

The liberal party has been quickening steps to complete the reform ahead of President-elect Yoon Suk-yeol's inauguration on May 10. 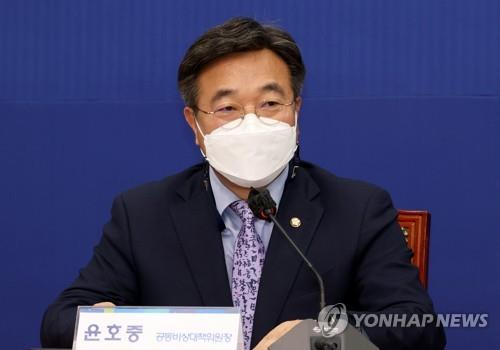 The main opposition People Power Party (PPP) vowed to do everything to block the DP's move, accusing the ruling party of pushing ahead with the bill only to shield its own people from being subject to a prosecution investigation once Yoon takes office.

"We'll mobilize every means, including a filibuster, if the DP presses ahead with it in April," PPP floor spokesperson Park Hyeung-soo said.

Speaking on a radio program earlier, DP floor leader, Rep. Yun Ho-jung, said the party aims to make the bill a law through promulgation at a Cabinet meeting before the end of the current administration, because incoming President Yoon Suk-yeol is expected to veto the bill.

The last Cabinet meeting of the outgoing administration is scheduled for May 3.

"The way not to lose a chance is to finish the prosecution reform before the inauguration of President-elect Yoon Suk-yeol," Yun said. 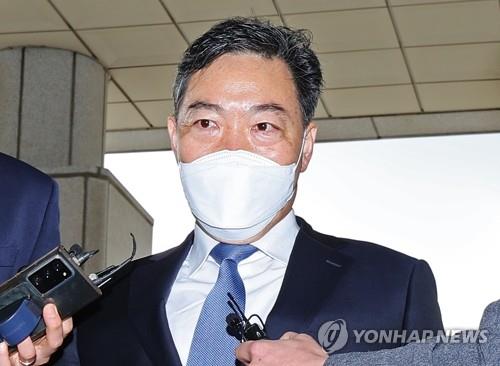 "We expected a wise decision, but it's deeply regrettable," it said in a brief message to the press.

Prosecutor General Kim Oh-soo has said he is ready to quit if the proposed reform is realized.

In a first reform measure last year, the prosecution was forced to give up the investigative right for all but six major crimes, including corruption and election crimes, while police and the newly established Corruption Investigation Office for High-ranking Officials took over other investigations.