SEOUL, April 12 (Yonhap) -- A Seoul court gave conditional approval Tuesday for a planned massive rally by a major umbrella labor union near the office of the presidential transition team of President-elect Yoon Suk-yeol.

The Seoul Administrative Court granted the permission to the Korea Confederation of Trade Unions (KCTU), partially upholding the injunction it filed against the Seoul mayor's decision to ban the rally.

The court said the permission was given on the condition that the rally should follow strict COVID-19 rules, including limiting the number of participants to below 300, distant seating and wearing masks.

The rally should be held for one hour starting 1 p.m.

The KCTU, the more militant of South Korea's two major umbrella unions, and the Korean Peasants League had announced the plan to hold massive rallies in central Seoul and the southern district of Yeouido, respectively, on Wednesday.

On Tuesday, police said they will set up a wall of buses near the headquarters of the transition committee to beef up security in response to a planned labor rally.

They plan to mobilize forces and set up the buses around the transition team's office and other places in the capital where the KCTU is expected to gather.

Police also plan to set up checkpoints to block cars coming into the area for the rally, and control cars and public transportation if needed, they said. 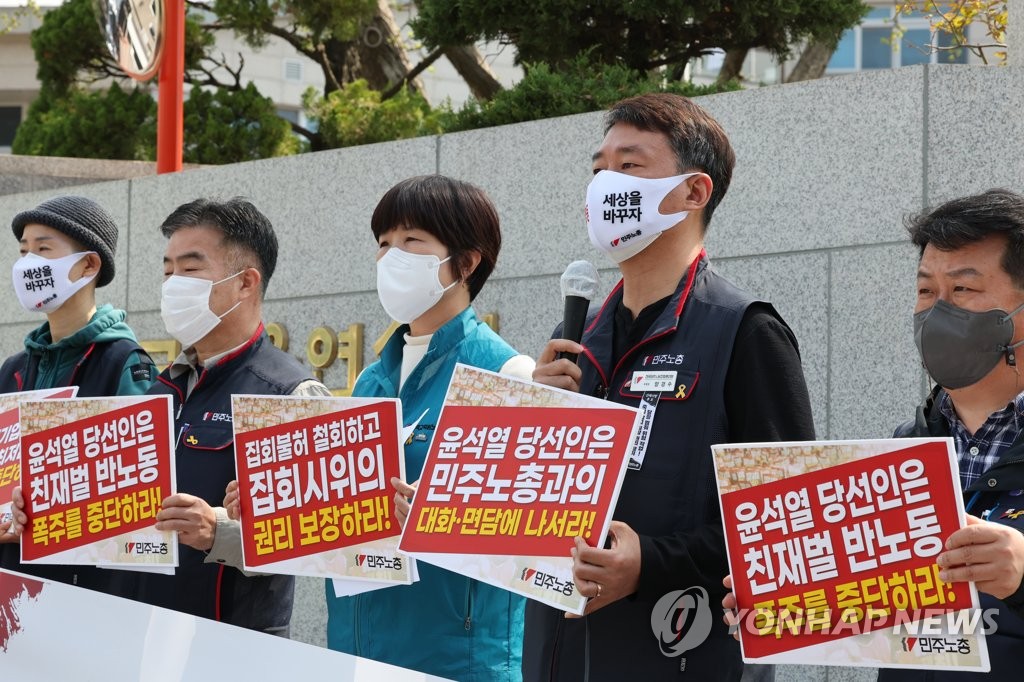