In December, the finance ministry forecast Asia's fourth-largest economy to grow 3.1 percent and consumer prices to rise 2.2 percent. But it faces growing economic headwinds, as Russia's invasion of Ukraine has jacked up energy costs.

"It would be difficult (for the Korean economy) to meet the government's economic growth target this year," Hong told foreign correspondents in Seoul.

"The economic growth rate is expected to be lower than (the government's) forecast, while inflation is expected to exceed its earlier estimate," he added. 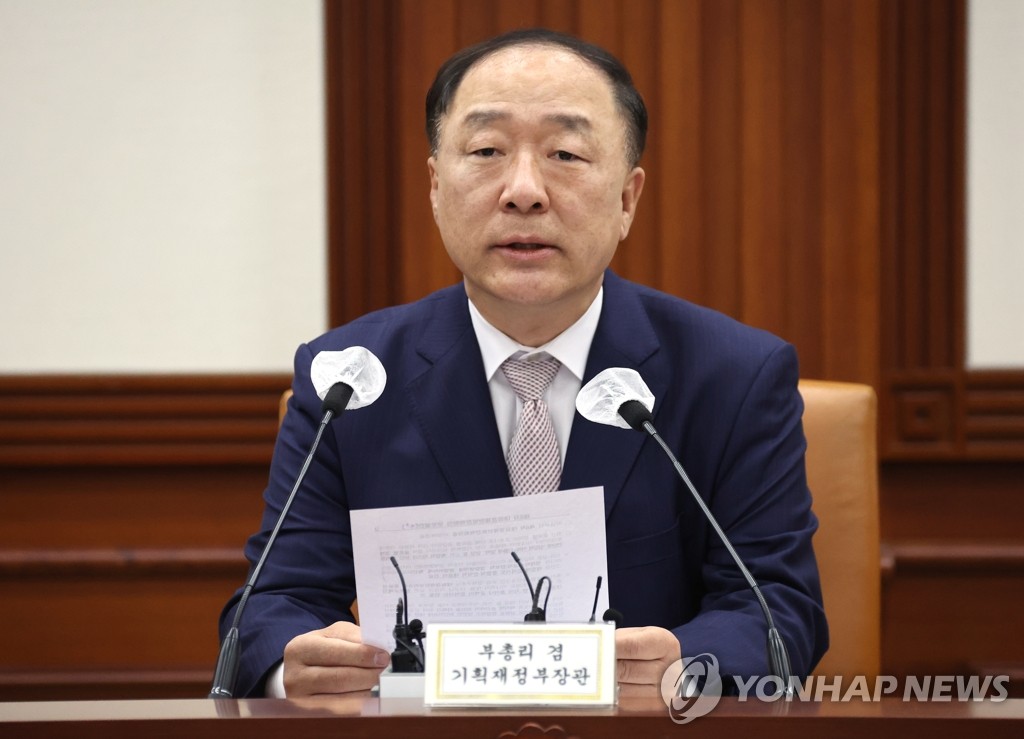 Experts said South Korea's economic growth is expected to remain in the 2-percent range this year, while its inflation may shoot up near to 4 percent.

South Korea's consumer prices grew more than 4 percent for the first time in more than 10 years in March amid surging energy prices.

Hong also said the government will take measures to stabilize the foreign exchange market, as the Korean currency has sharply fallen against the U.S. dollar.

The won's slide came as demand for safer assets increased amid the U.S. monetary tightening and global inflation risks.

"The government is closely monitoring the FX market and is ready to take measures to stabilize the market and will do so if needed," Hong said.

The South Korean currency closed at 1,236.20 won against the dollar Tuesday, down 3.1 won from the previous session's close. The won has fallen about 3.8 percent against the greenback so far this year.