SEOUL, April 13 (Yonhap) -- Prosecutor General Kim Oh-soo pledged Wednesday to do everything he can to derail the ruling Democratic Party's push for a bill depriving the prosecution of its investigative power, denouncing the move as a "direct violation of the Constitution" that would be welcomed only by criminals.

The DP has been pushing for what it calls a "complete deprivation of the prosecutorial investigative right" as part of efforts to reform the powerful law enforcement agency long accused of abusing its power for political and other purposes.

The party, which controls a majority in the 300-member National Assembly, decided in a general meeting of lawmakers Tuesday to pass the reform bill through the parliament later this month before the May 10 inauguration of President-elect Yoon Suk-yeol.

The prosecutor general has strongly protested the proposed bill, saying he would quit if it is passed.

"It would be a direct violation of the Constitution," Kim told reporters. "If such a bill is pushed for, criminals would cry hurray, and crime victims and people would be left with no place to resort to. In a word, this goes against common sense."

Kim said he will mobilize all measures to appeal to the National Assembly, the president and the Constitutional Court to stop the proposed reform. 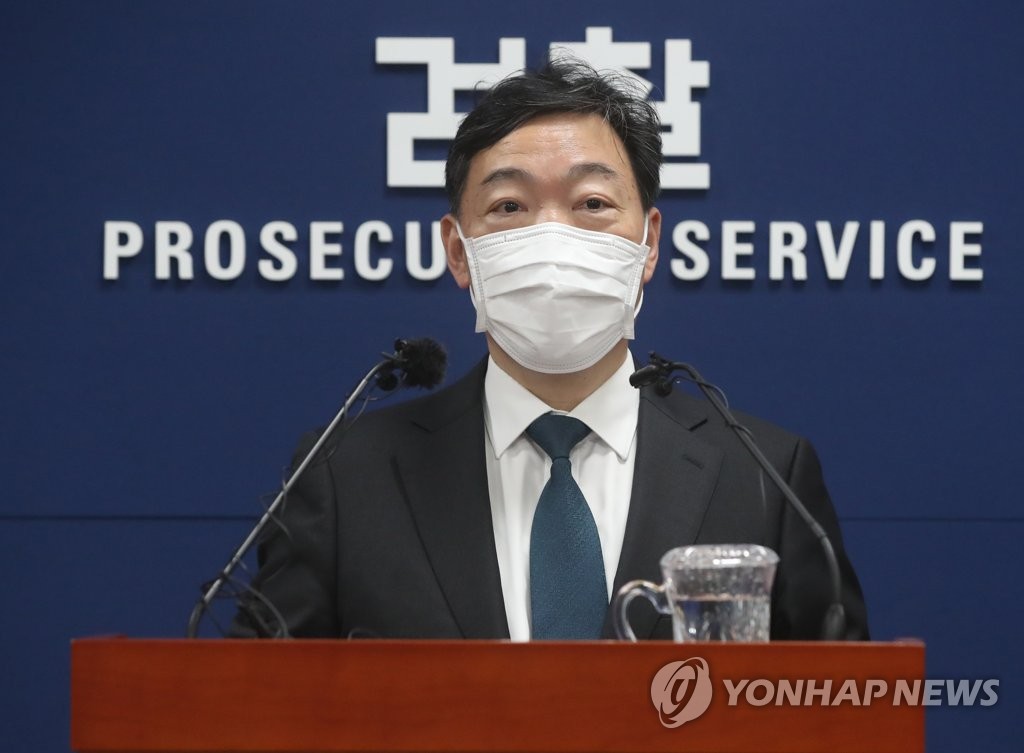 Later in the day, Kim told reporters he has officially requested a meeting with President Moon Jae-in to discuss the DP's prosecution reform push.

Kim claimed the special committee on prosecution reform concluded in 2019 the prosecution should not be completely deprived of investigative right.

Last year, the prosecution was forced to give up the investigative right for all but six major crimes, including corruption and election crimes, with police and the newly established Corruption Investigation Office for High-ranking Officials taking over other investigations.

The DP is trying to remove the remaining investigative power to leave the agency only with the authority to prosecute.

On Wednesday, a prosecutor also offered to quit in protest.

Expressing his intention to resign, Lee Bok-hyeon of the Seoul Northern District Prosecutors Office wrote on the prosecution's online bulletin board that investigations into various crimes, including financial market irregularities and conflict of interest activities by those in power, will vanish due to the reform push.

"I believe this is something that no one wants," he said.

He also demanded Moon and Yoon speak up on the issue and clarify their positions.

The transition team of President-elect Yoon Suk-yeol also denounced the DP's plan, saying it is nothing more than an "act of destroying the Constitution."

"It must be stopped immediately," the transition team's judicial and administration subcommittee said in a statement. "It has nothing to do with protection of the people and incapacitates the state's investigative function in order to defend certain people and corrupt power."

Yoon, meanwhile, declined to comment on the issue, saying he just want to focus on improving people's livelihoods.

"Yoon's stance is same as before," Bae Hyun-jin, Yoon's spokesperson, said. "The president-elect thinks all systems of state, including the criminal justice system, should be designed for the people."