SEOUL, April 13 (Yonhap) -- "The Novelist's Film," the 27th feature of prolific director Hong Sang-soo, is another piece of his that focuses on a woman's lone journey to look into herself through casual conversations with close friends or chance acquaintances as in "On the Beach at Night Alone"(2017), "The Woman Who Ran" (2020) and "In Front of Your Face" (2021).

This time, the camera follows a female author named Jun-hee (Lee Hye-young) over the course of a single day in the suburbs of Seoul. 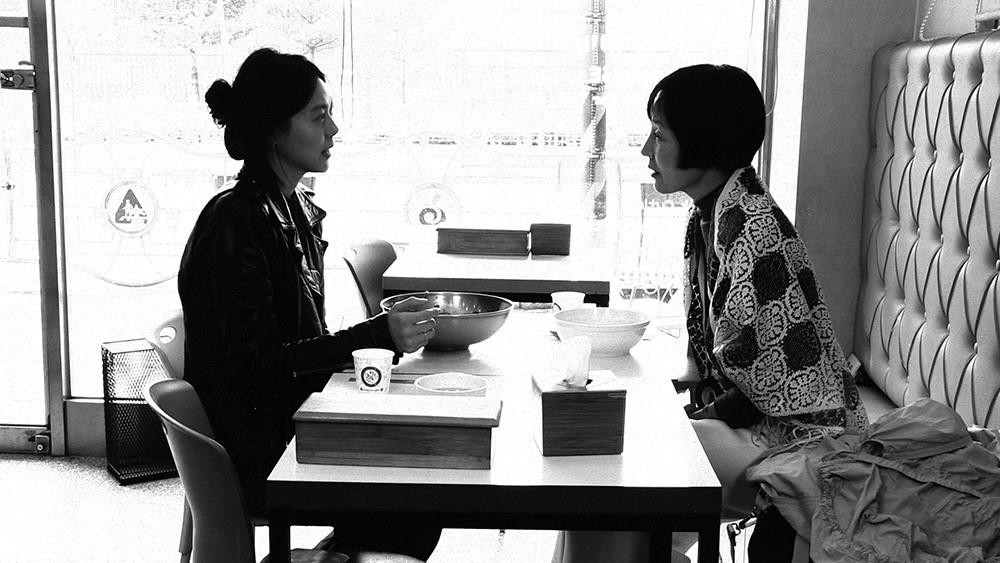 She makes an unannounced visit to a bookstore run by Se-won (Seo Young-hwa), her old friend from Seoul's literary scene. They have been out of touch for years as Se-won quit writing and returned to a quiet life.

While making small talk, Se-won admits that she no longer reads books to keep up with trends and give critical feedback to the writers, but she now reads only for pleasure. Jun-hee tells her friend that she looks better even though she has gained weight.

Before going back home, Jun-hee decides to go sightseeing and runs into Hyo-jin (Kwon Hae-hyo), a film director, with his wife at a famous local tower.

The encounter gets awkward as the novelist complains that the director overturned a past film project to adapt one of her novels, accusing him of being too ambitious. 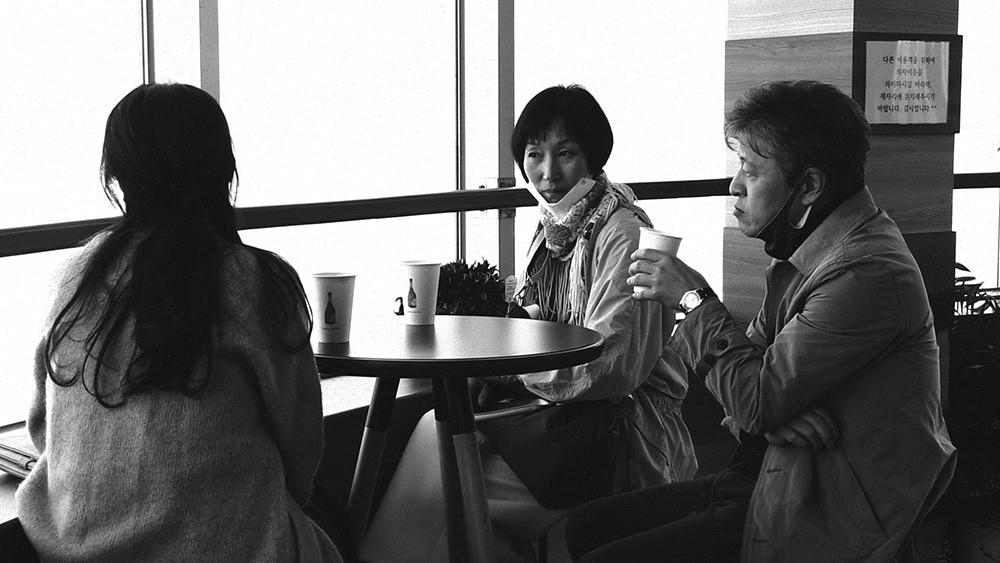 While walking in a park, Jun-hee meets Kil-soo (Kim Min-hee), a well-known actress who is taking years of hiatus as she is tired of the competitive film industry.

The two exchange admiration for each other and go together to a nearby restaurant to have a late lunch.

There, Jun-hee asks Kil-soo to star in a short film that she has dreamed of making. And she begins to open up about her inner feelings on writing, saying that her novels seem too unnatural and artificial, so she cannot write any longer.

At a small dinner party at Se-won's place, Jun-hee meets Man-soo (Ki Joo-bong), a poet who is also an old friend of hers, who asks Jun-hee about what kind of film she will make and whether she has a story for it.

But the novelist said nothing has been decided yet and it doesn't matter. She is just delighted to bring Kil-soo back on screen and she will come up with a suitable story when all is set. 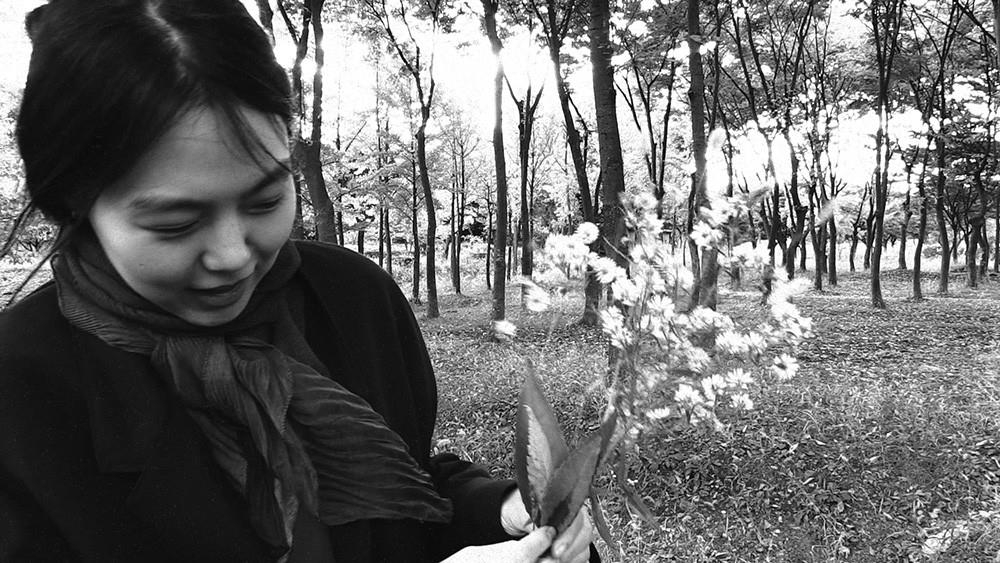 Like Hong's other films, "The Novelist Film" does not show much things happening or use splendid camerawork or editing. It is just shot by a fixed camera with humble zoom shots and features a series of inconsequential meetings and encounters as if the film is telling the story in a quiet and peaceful voice.

But it helps the viewers get a glimpse of what kind of film the prolific director really wants to make through characters who seem to hit turning points in their creative careers in their own ways, especially, through Jun-hee, in a more humorous and playful way.

And actress Lee Hye-young's performance is powerful enough to lead the 92-minute film, most of which is filmed in a handful of long takes by a single camera.

Hong said in a press conference at this year's Berlin International Film Festival in February that he wanted to reflect his writing and filmmaking in "The Novelist's Film" through a relatively naturalist process.

This thought is reflected in Jun-hee, who says, "I want to record a scene when my favorite actor is so comfortable that her acting looks more natural."

"The Novelist's Film," the winner of Berlinale's grand jury prize, will hit local screens on April 21. 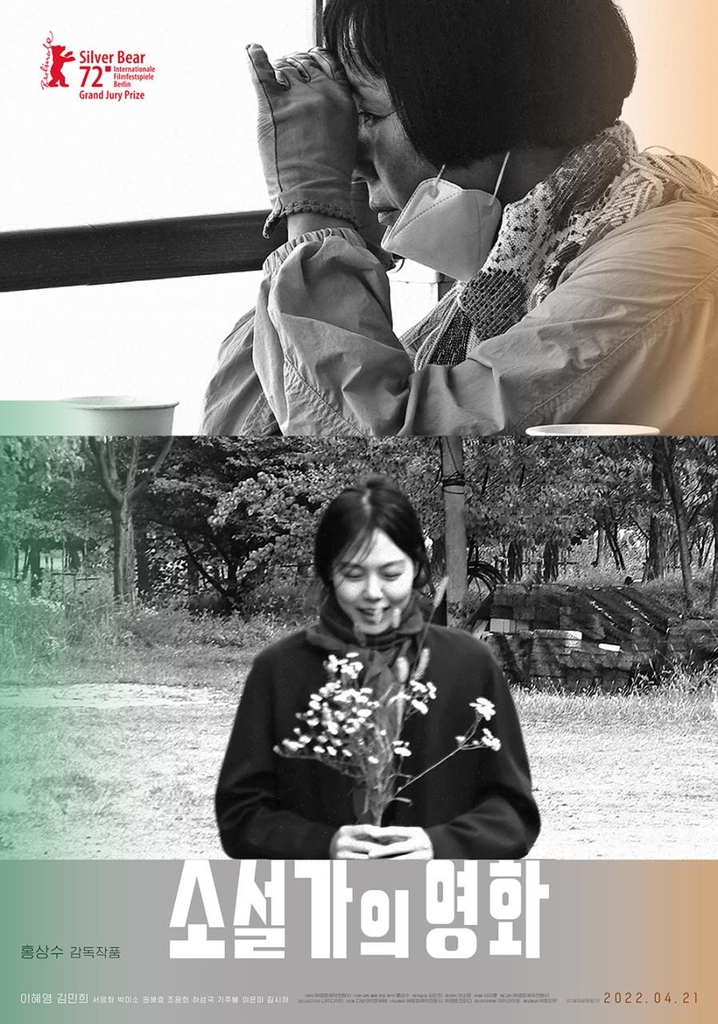