Some 4,000 members of the Korean Confederation of Trade Unions (KCTU), the more militant of South Korea's two major umbrella unions, joined the rally near Jongmyo Park, far less than the 10,000 it had initially planned to have.

"We are well aware of the negative impression President-elect Yoon Suk-yeol has toward the KCTU, but national unity would be possible only when he opens his ears to the voice he hates the most," a KCTU activist said during the rally, calling for measures to help temporary contract workers and increase the country's minimum wage.

Citing virus infection risks, the Seoul city government had banned the rally last week, but the Seoul Administrative Court on Tuesday partially granted an injunction by the labor union, allowing it to go ahead with the rally on the condition COVID-19 prevention rules are strictly followed and the size of the rally is limited to less than 300 people.

No scuffle was reported between the protesters and the police, but subway trains were briefly made to pass through without stopping at the nearby Gyeongbokgung station at one point during the rally as part of traffic controls. 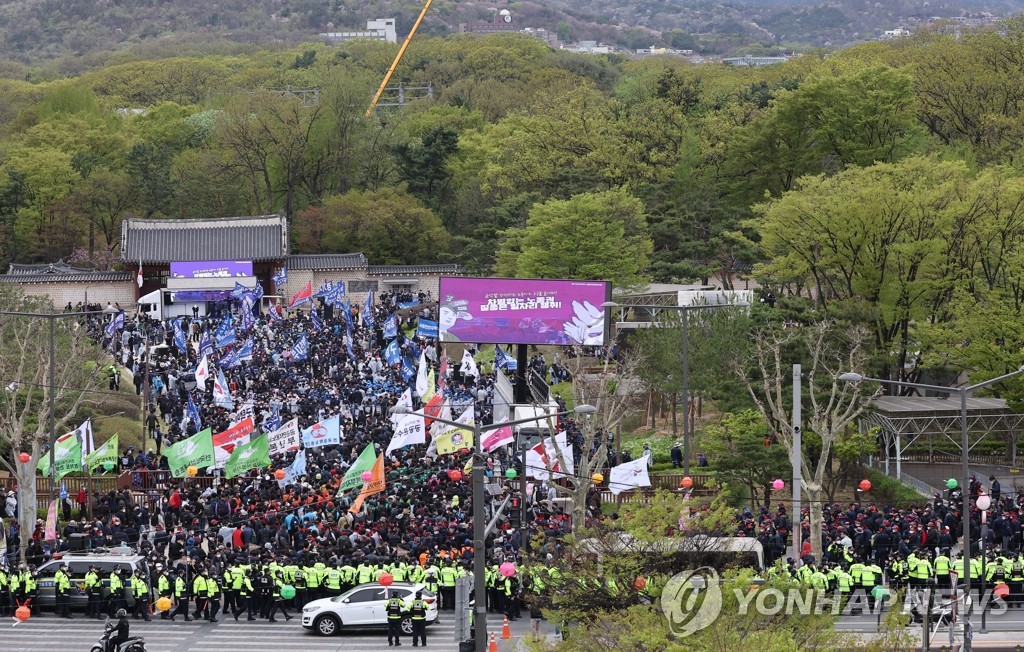