SEOUL, April 14 (Yonhap) -- South Korea's central bank raised its key interest rate by a quarter percentage point Thursday to the highest level in about three years to rein in rising inflation pressure as the ongoing war in Ukraine has sent oil and major commodity prices even higher.

The monetary policy board of the Bank of Korea (BOK) convened a rate-setting meeting earlier in the day and voted to raise the benchmark seven-day repo rate to 1.5 percent, according to the central bank. The central bank increased the interest rate to the highest level since July 2019.

"Currently available information suggests that inflation has accelerated while the recovery of the global economy has somewhat moderated, affected by the Ukraine crisis," the BOK said in a report on the decision.

"The board will judge when to further adjust the degree of accommodation while thoroughly assessing developments related to COVID-19, the risk of a buildup of financial imbalances, monetary policy changes in major countries, geopolitical risks, and the trends of growth and inflation," it added.

This marked the fourth rate increase -- a combined 1 percentage-point rise -- since August last year, when the BOK delivered its first pandemic-era rate hike after maintaining borrowing costs at record lows for about two years to withstand the pandemic.

In an online press conference, Joo Sang-yeong, acting chair of the monetary policy board, said it was inevitable that the rate would be raised further this time due to the possibility of the Ukraine war putting additional upward pressure on inflation.

"We had no choice but to pay more attention to upward inflation risks," he said. "Going forward, we will also look into downside risks on economic growth in a comprehensive manner."

Joo presided over the board meeting as Lee Ju-yeol retired late last month as governor. It was the first time that a monetary policy board member led a rate-setting meeting and subsequent press briefing to explain policy directions. 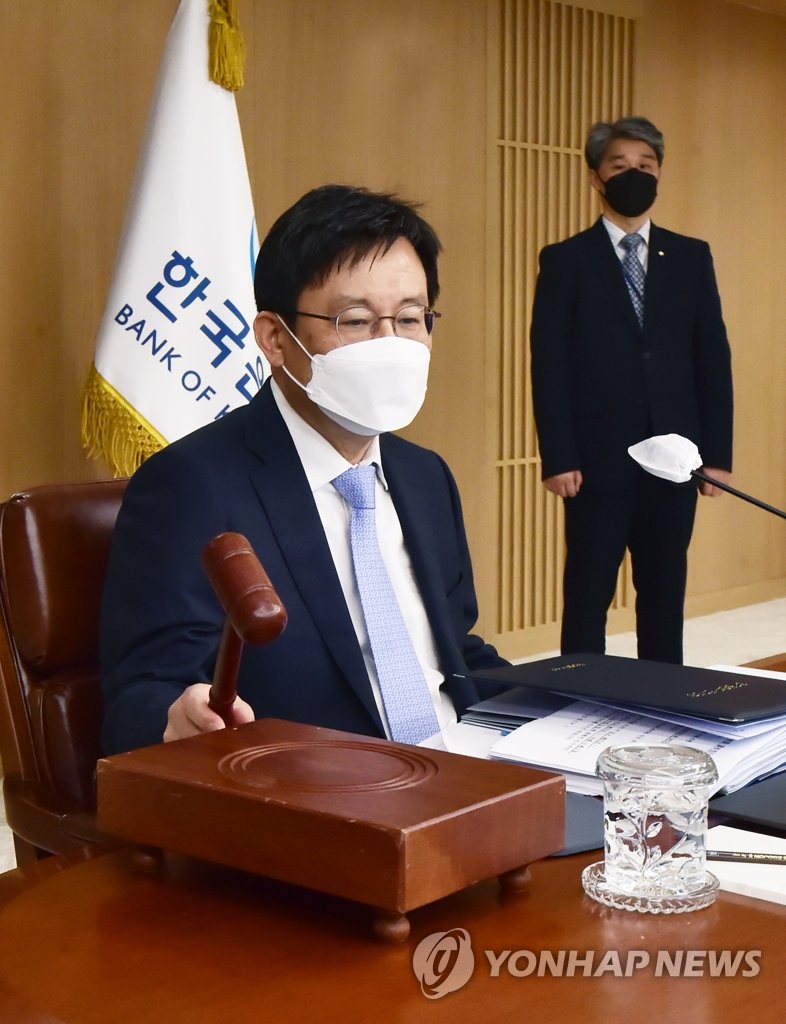 Thursday's rate hike decision, made unanimously, came amid persistent worries over rising inflation pressure driven by protracted supply chain disruptions, a rebound in demand from the pandemic, and rising oil and commodity prices sent even higher by the ongoing Russia-Ukraine war.

South Korea's consumer prices jumped 4.1 percent in March from a year earlier, the fastest gain in more than 10 years. The prices accelerated from a 3.7 percent on-year rise in February.

The country's economy, Asia's fourth largest, is on a robust recovery from the pandemic-caused slowdown on the back of strong exports, but it faces increased economic uncertainties at home and abroad amid the pandemic, the Ukraine war and pandemic-prompted lockdowns in major Chinese cities.

Joo told reporters that prices might grow at a faster pace than the February prediction and that the country's economic growth could also be slower than the earlier prediction. But he dismissed the possibility of the country going through stagflation, a combination of slumping growth and high inflation.

He also noted that the momentum of economic growth, in particular, exports, has not been undermined much by the rate hikes delivered since August last year.

A series of rate hikes in recent months, however, has sparked concerns over the deepening financial burden on those who have taken out loans to cope with challenges from the pandemic and buy homes amid rising prices.

The rate hikes are estimated to translate into about 13 trillion won in additional interest payments for those with loans.

Thursday's rate-setting meeting has drawn keen attention as it was held after the U.S. Federal Reserve delivered its first rate increase since 2018 in March to tamp down inflation in what appears to be just the beginning of more and steeper rate hikes going forward.

The BOK has hinted at further rate hikes in the coming months to keep a lid on inflation and household debt despite persistent worries that excessive rate increases could put a damper on economic growth.

BOK Gov. nominee Rhee Chang-yong has underlined the need to determine the direction of monetary policy after analyzing how existing risks, including the Ukraine crisis and the pandemic, will affect economic growth and inflation.

Rhee also voiced worries that inflation could exceed the BOK's earlier prediction of a 3.1 percent rise during the first quarter, saying that it is hard to predict how things will go in the latter half due to uncertainty.

He was named the new BOK governor last month by President-elect Yoon Suk-yeol. He has yet to take office as he is preparing for a parliamentary confirmation hearing scheduled for Tuesday. 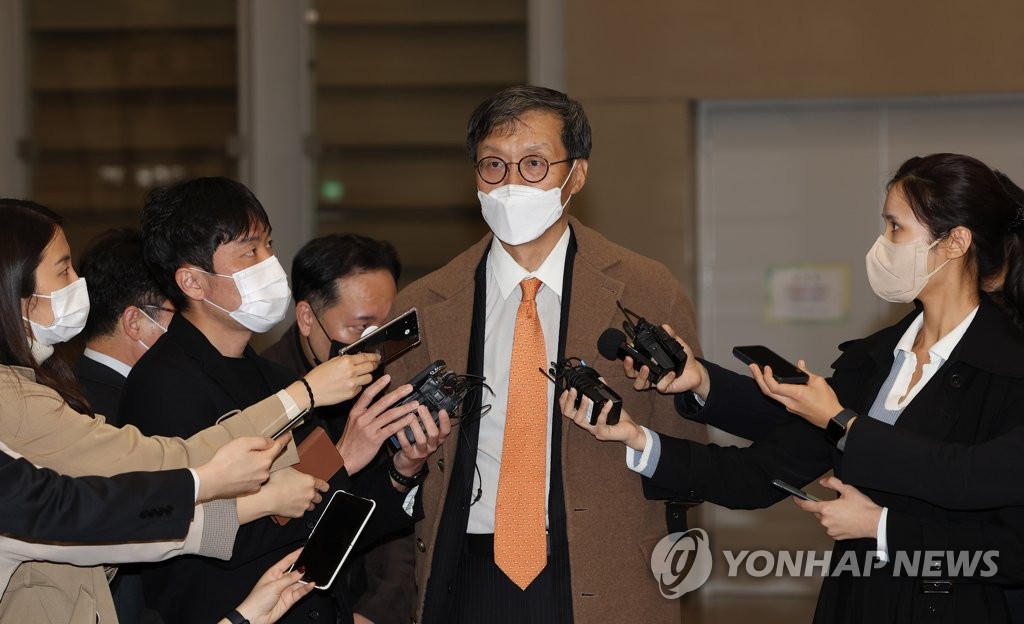