SEOUL, April 14 (Yonhap) -- President-elect Yoon Suk-yeol said Thursday he saw no problems in his choice of Cabinet nominees despite speculation his alliance partner and transition team chief canceled his public schedule to demonstrate his anger at having his recommendations snubbed.

Signs of a discord emerged Wednesday after Yoon announced the second round of Cabinet nominations consisting of some of his closest confidants, including Rep. Kwon Young-se and prosecutor Han Dong-hoon, but none close to transition team Chairman Ahn Cheol-soo. 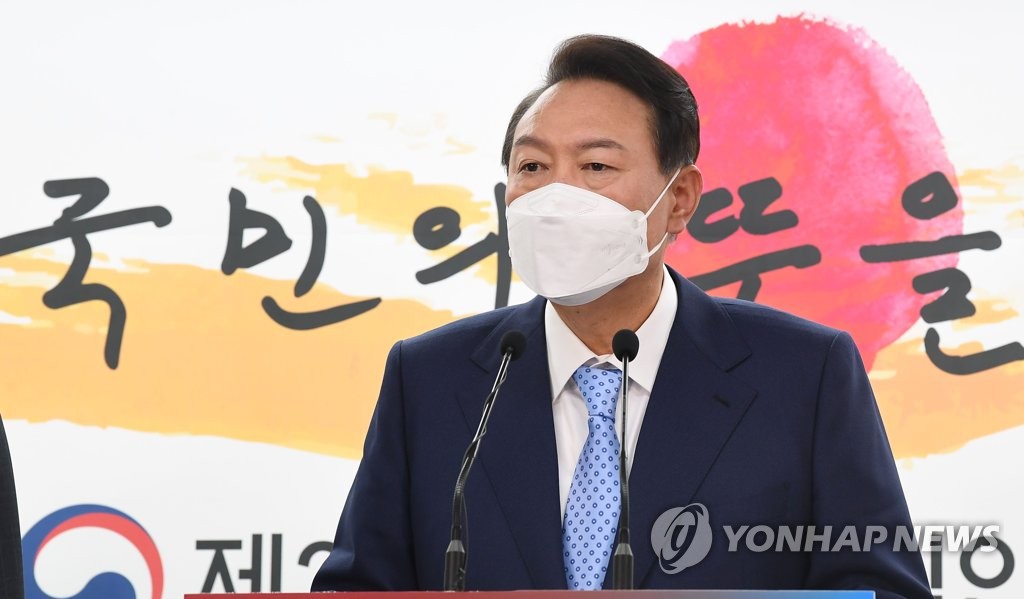 Ahn, who dropped out of the presidential race to back Yoon, did not attend a scheduled dinner meeting with Yoon and other transition team members on Wednesday. On Thursday, he canceled a scheduled visit to the Seoul Metropolitan Fire and Disaster Headquarters and did not release his usual daily public schedule to the press.

The series of events prompted speculation Ahn retreated to take stock of a situation where none of his Cabinet recommendations were accepted by Yoon despite their earlier agreement to form a joint government.

"I don't really understand, but I received his recommendations, and I gave him an explanation of the means by which the personnel appointments are proceeding," Yoon said during a press conference where he announced his two final Cabinet nominees. "I don't think there are any problems related to that."

Yoon said he sensed nothing wrong when the two met Wednesday morning before he announced the second round of nominations.

He also denied excluding those close to Ahn from the nominations, saying the final candidates were chosen through a process of comparing multiple people who were either recommended or discovered by his team.

"I can't know what he's thinking to himself, but there's an aspect of what reporters are saying that I don't understand," he said.

The agreement to form a joint government was part of a broader deal under which Ahn dropped out of the presidential race with just days to go until the election and declared his support for Yoon.

As part of the deal, the two also agreed to merge Ahn's People's Party with Yoon's People Power Party after the election, but talks at the working level are said to have been suspended with only the final decision left.

"For the past month, he was busy working on the transition committee, but I think he needs time now to assess the current situation," a source said.

Bae Hyun-jin, Yoon's spokesperson, said their side is hopeful and trusts that Ahn will do his best to fulfill his responsibilities until the end.

"With less than a month left of the transition period, this short period of time is a highly concentrated and important time to prepare to open a new Republic of Korea for the people over the next five years," she said during a press briefing earlier Thursday.

"We will also make sure to have lots of conversations to build trust and communication," she added. 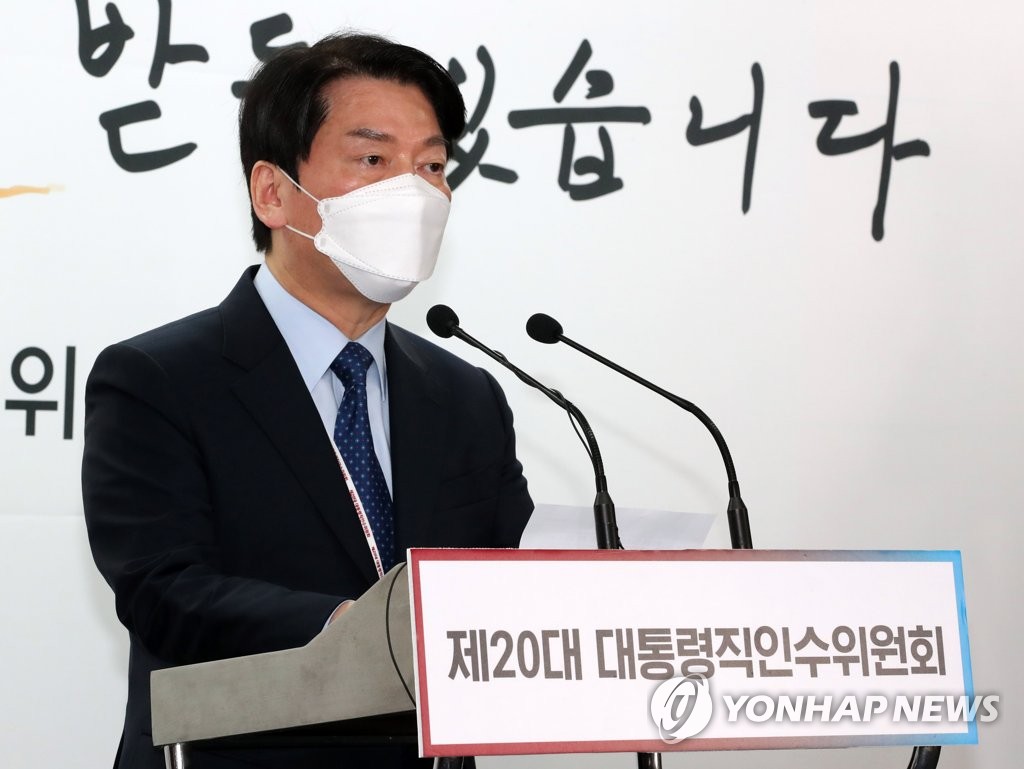