(ATTN: UPDATES with additional remarks in paras 5-8)
By Chae Yun-hwan

SEOUL, April 14 (Yonhap) -- Unification Minister-designate Kwon Young-se said Thursday it would be "difficult" to normalize inter-Korean ties as long as the nuclear-armed North Korea continues to advance its nuclear development.

Kwon, a four-term People Power Party lawmaker, made the remarks as he appeared at his office for the first time in central Seoul after being nominated to lead the ministry handling Seoul-Pyongyang affairs.

"Amid a situation that North Korea has nuclear weapons and is continuing to make advancements in its nuclear development, I think the normalization of inter-Korean relations is difficult," he told reporters.

"One of the big obstacles (to inter-Korean relations) is the nuclear issue," he said. 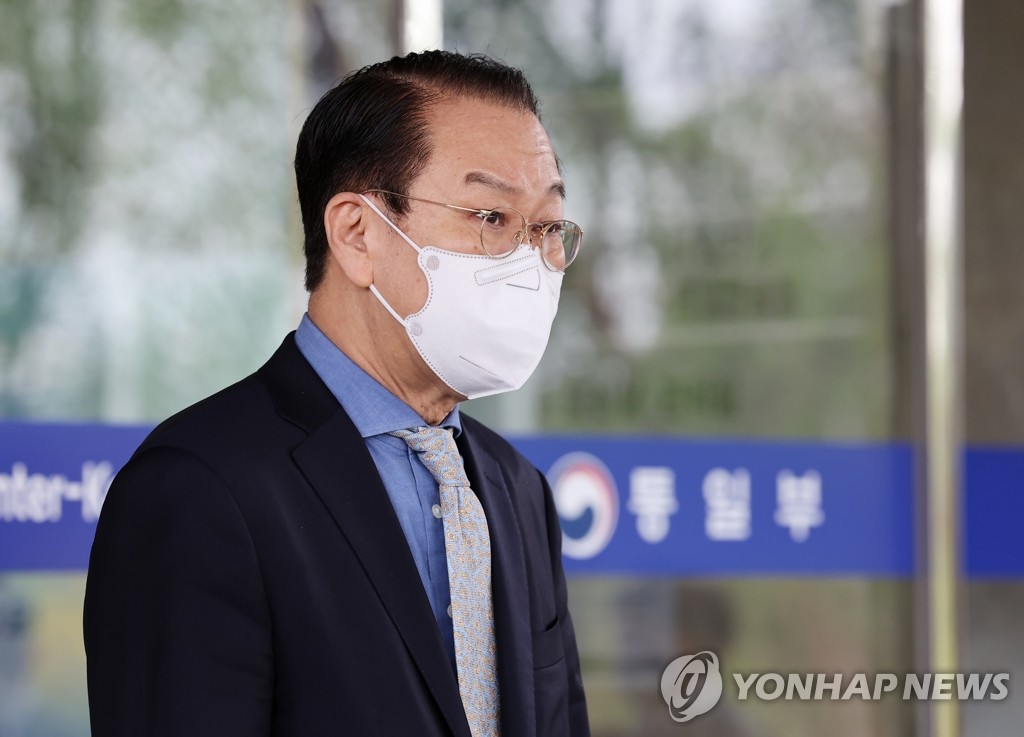 Kwon took issue with the latest statement by Kim Yo-jong, the sister of the North's leader, which carried a thinly-veiled threat to mobilize its "nuclear combat force" against the South. She was angrily responding to South Korean Defense Minister Suh Wook's remarks that the South's military has "preemptive strike" capabilities that can be used if needed to destroy the origin of an imminent North Korean missile attack.

The nominee made clear that the South can't incessantly dangle "carrots" for the North while it refuses dialogue. He added the incoming government will explore how to create momentum for dialogue although that is not an easy task under the current circumstances.

"For sure, (we) will make a request for dialogue," he said in response to a question about whether the Yoon Suk-yeol administration to be launched in May has an intention of proposing talks with the North.

The North has recently ratcheted up tensions in the region, resuming the test-firing of an intercontinental ballistic missile last month that ended its yearslong moratorium on such tests.

(LEAD) No progress in denuclearization, no normalization in inter-Korean ties: minister nominee

(LEAD) No progress in denuclearization, no normalization in inter-Korean ties: minister nominee