The soldier in his 20s was found to have damaged about 10 vehicles and motorcycles while driving after drinking at a bar in the capital's western district of Mapo, according to police.

His blood alcohol level was 0.14 percent, high enough to have his driver's license revoked, when he was apprehended by police on a road in the central Yongsan district at around 0:40 a.m.

Police said he was turned over to the USFK under the Status of Forces Agreement (SOFA) governing the legal status of 28,500 American troops here, and they were assessing the exact financial damage from the incident. 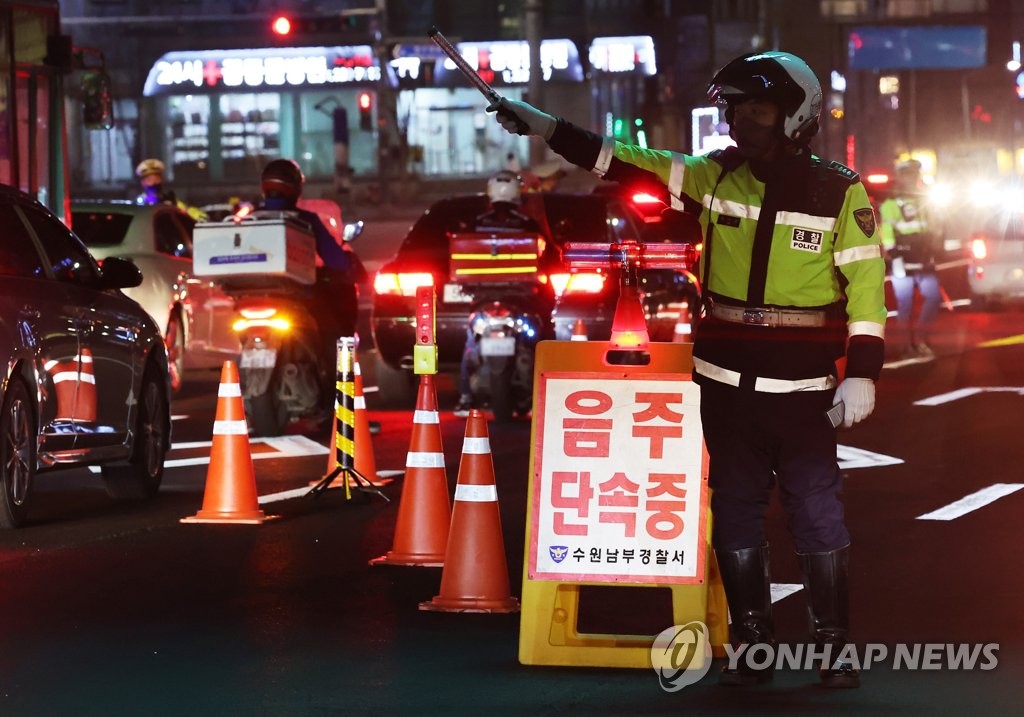