The group managed by Big Hit Music announced on the fan community platform Weverse on Thursday that its fourth EP, titled "minisode 2: Thursday's Child," will come out on May 9.

Since its debut in 2019, the band has gained traction with its "The Dream Chapter" and "The Chaos Chapter" series albums. "The Chaos Chapter: Freeze," its second full-length album released last year, was the only K-pop album ever to appear on the Best Album of the Year lists by British music magazine NME and Rolling Stone in the U.S.

The group's upcoming album comes nine months after the release of "The Chaos Chapter: Fight or Escape," a repackaged version of the second full-length album. 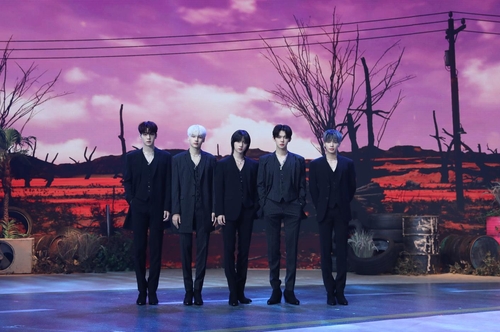 TXT to return next month with new album

TXT to return next month with new album