The new cases included 1,514 from the Army, 357 from the Air Force, 224 from the Navy, 134 from the Marine Corps and 64 from units under the direct control of the defense ministry.

There were also four cases each from the ministry and the Joint Chiefs of Staff, and three from the South Korea-U.S. Combined Forces Command.

Currently, 11,465 military personnel are under treatment. 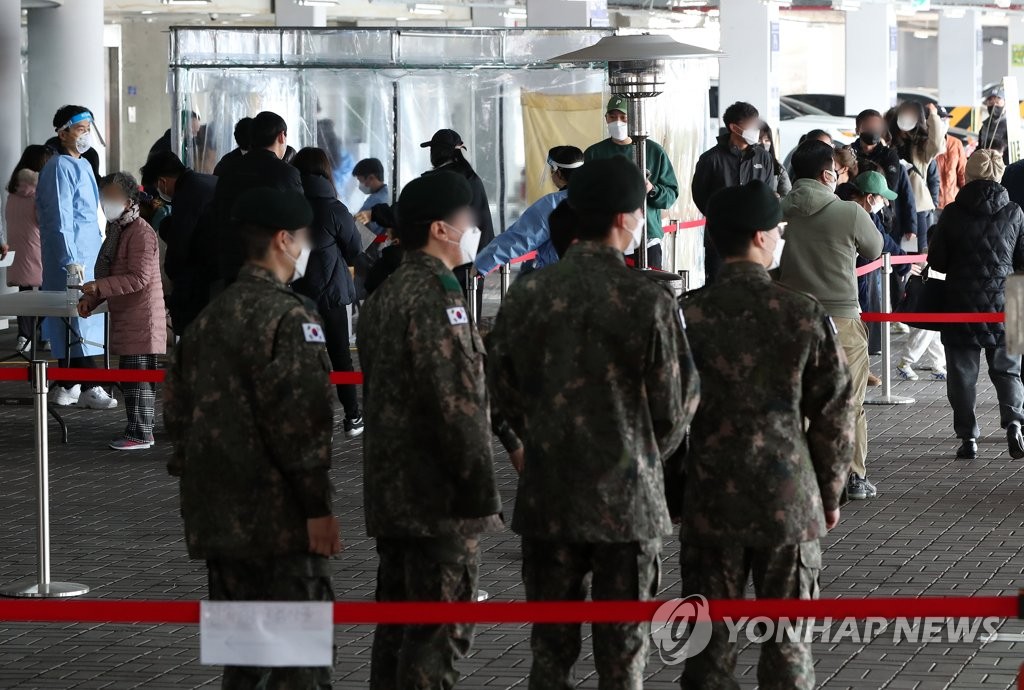