The outgoing government announced last year that it will reduce greenhouse gas emissions by 40 percent from the 2018 levels by 2030, up sharply from its previous goal of 26.3 percent, and reach carbon neutrality by 2050.

The 2030 goal "is certainly a difficult path, but we can and must do it," Moon said in a Facebook post. 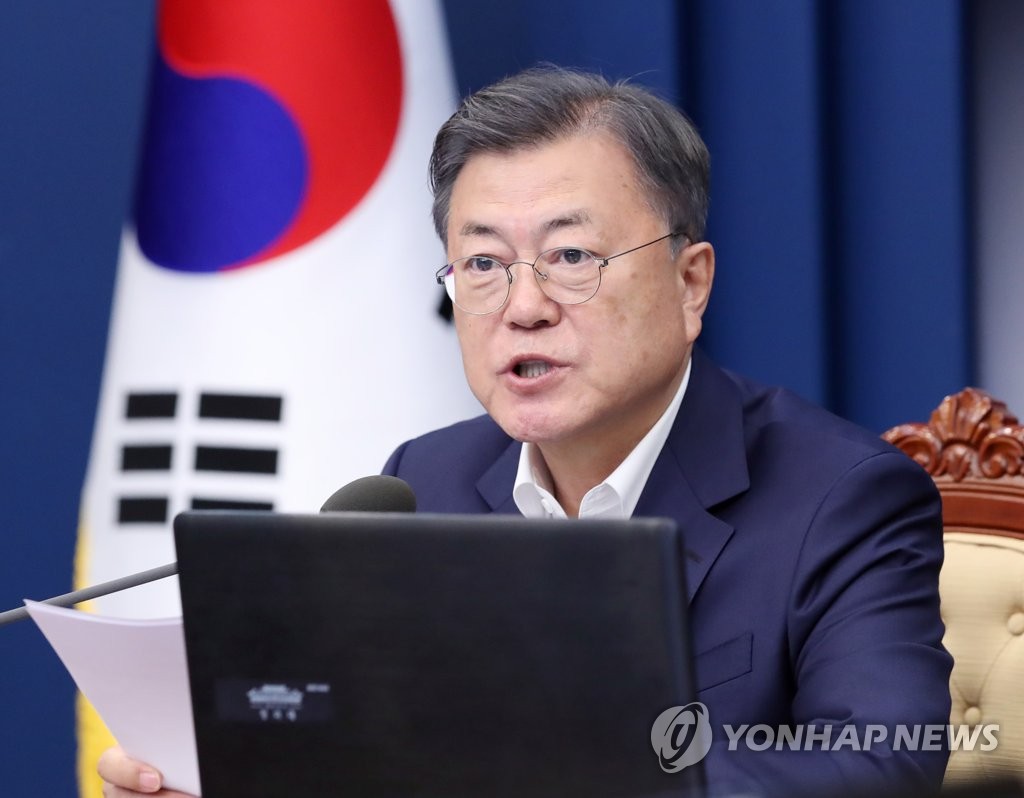 To meet the target, the Moon administration has planned to expand renewable energy use and put environment-friendly energy sources at the center of the country's energy mix.

Yoon's transition team has called for overhauling the current carbon neutrality scheme, claiming that policies from the Moon administration actually increased greenhouse gas emissions and sticking to its plans will prompt electricity rate hikes and even lower the country's gross domestic product.

South Korea is expected to make a U-turn from its yearslong nuclear phase-out policy as Yoon has pledged to scrap the policy and make the country a powerhouse in nuclear power generation.