SEOUL, April 14 (Yonhap) -- A parliamentary committee on Thursday approved a bill calling for a special counsel probe into a sexual abuse case that led to the suicide of a noncommissioned Air Force officer last year.

The Legislation and Judiciary Committee passed the bill, which allows an independent investigation into the case and related matters, including the abuse case and alleged cover-up attempts by the Air Force and the defense ministry.

The bill is expected to pass through a plenary session Friday.

The sexual abuse case caused public fury, and put the Air Force and the defense ministry in hot water over allegations that they attempted to downplay the incident, while failing to take swift, appropriate steps to protect the victim.

The ruling Democratic Party and the main opposition People Power Party tried to pass the bill earlier this month, but the plan fell through after they failed to narrow their differences on how to select special prosecutors on the case. 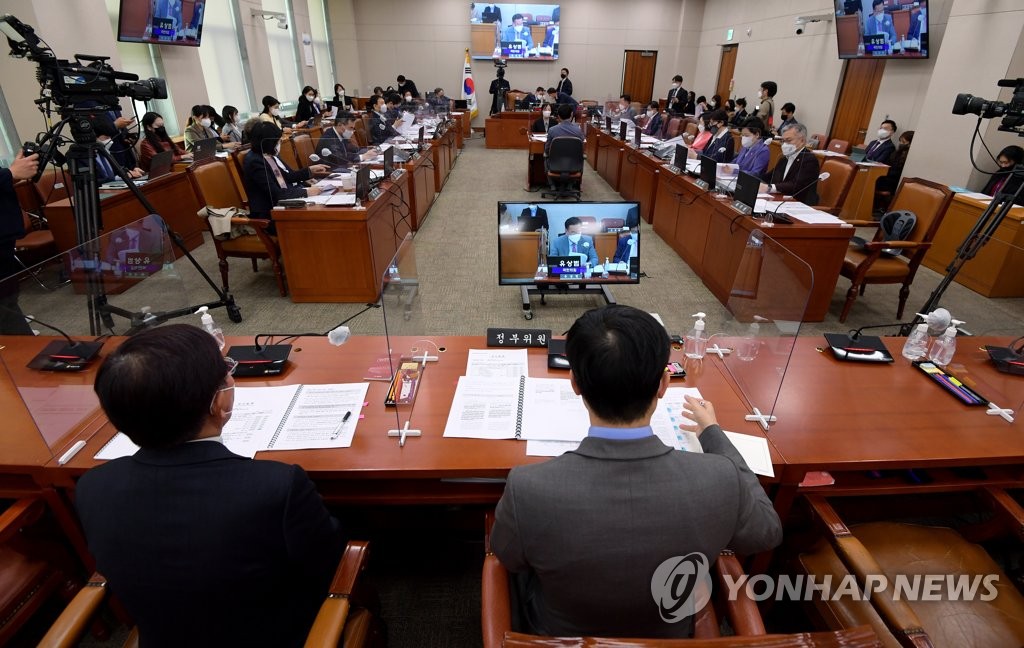