SEOUL, April 14 (Yonhap) -- About 150 rank-and-file prosecutors from across the nation will hold a rare meeting next week in protest against the ruling Democratic Party's push for a bill abolishing the prosecution's investigative power, officials said Thursday.

The DP has been pushing for what it calls a "complete deprivation of the prosecutorial investigative right" as part of efforts to reform the powerful law enforcement agency long accused of abusing its power for political and other purposes.

The party, which controls a majority in the 300-member National Assembly, is seeking to pass a bill on the reform measure through parliament later this month.

Legal sources said some 150 lower-level prosecutors representing each regional prosecutors' office countrywide will hold a meeting Tuesday at an annex building of the Supreme Prosecutors Office in southern Seoul in protest of the envisioned bill and to discuss ways to respond.

Prosecutor General Kim Oh-soo has pledged to do everything he can to derail the reform bill, denouncing it as a "direct violation of the Constitution."

The bill, if drawn and passed as predicted, will entirely remove the investigative power of the prosecution and leave it only with the authority to prosecute. 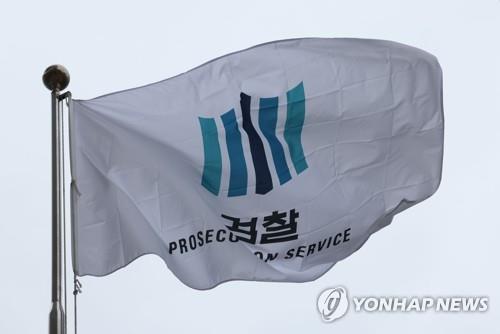