SEOUL, April 15 (Yonhap) -- Small merchants on Friday welcomed the government's decision to lift all COVID-19 social distancing rules, except the mask mandate, next week for the first time in two years, while some people still expressed concerns over the possible resurgence of the virus.

An owner of a 24/7 rice soup restaurant in the popular nightlife district of Itaewon welcomed the decision and said the store will start operating all night from next week, noting the store lost about half of its sales during the pandemic due to distancing rules.

Owners of other multiuse facilities, including cram schools, sports facilities and theaters, also braced for the return to normalcy.

"I have lost more than half of my clients as the social distancing rules kept changing," the 43-year-old owner of a yoga studio in southern Seoul, surnamed Son, said, expressing excitement over the full lifting of the restrictions.

"But it will be difficult to get back to as much profit as before the pandemic in a couple of months because some people will stay vigilant against the virus," Son added. 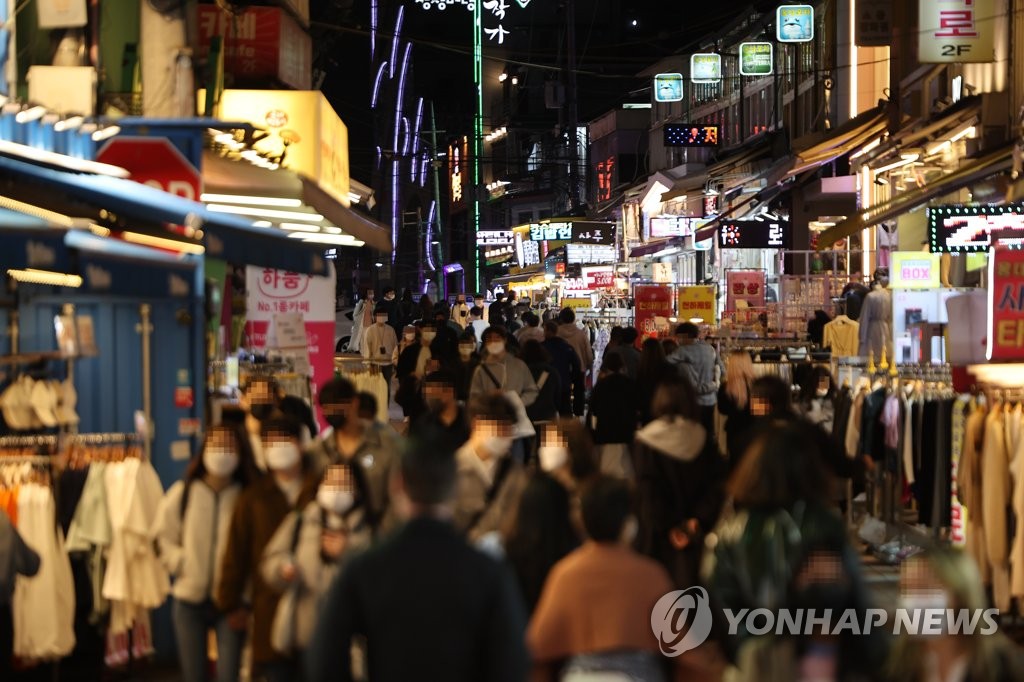 Some people expressed concerns that spread of the virus could accelerate with no distancing rules in place.

"I and my family have been infected with COVID-19 and had a hard time. Now I have to worry about reinfection," a 24-year-old, surnamed Kwon, said.

Meanwhile, some office workers dreaded returning to the office and spending more time with coworkers.

"I had higher work efficiency working from home, but I think remote working will be completely gone," a 29-year-old worker said, lamenting the expected resumption of company dinners, an indispensable part of Korean office culture.

"I am disappointed that I get to spend less time with my children as I return to my office," Song Il-seok, a 49-year-old who commutes from northern Seoul to Suwon, 46 kilometers south of the capital, said.