SEOUL, April 15 (Yonhap) -- South Korea and the United States have been in talks to hold a summit between President-elect Yoon Suk-yeol and U.S. President Joe Biden around May 21 in Seoul, a source said Friday.

South Korea has been pushing to have Biden visit before he travels to Japan to attend a Quadrilateral Security Dialogue meeting set to take place around May 24, the source added.

If realized, the summit would come just days after Yoon takes office on May 10, making it the earliest-ever South Korea-U.S. summit after a South Korean president's inauguration. 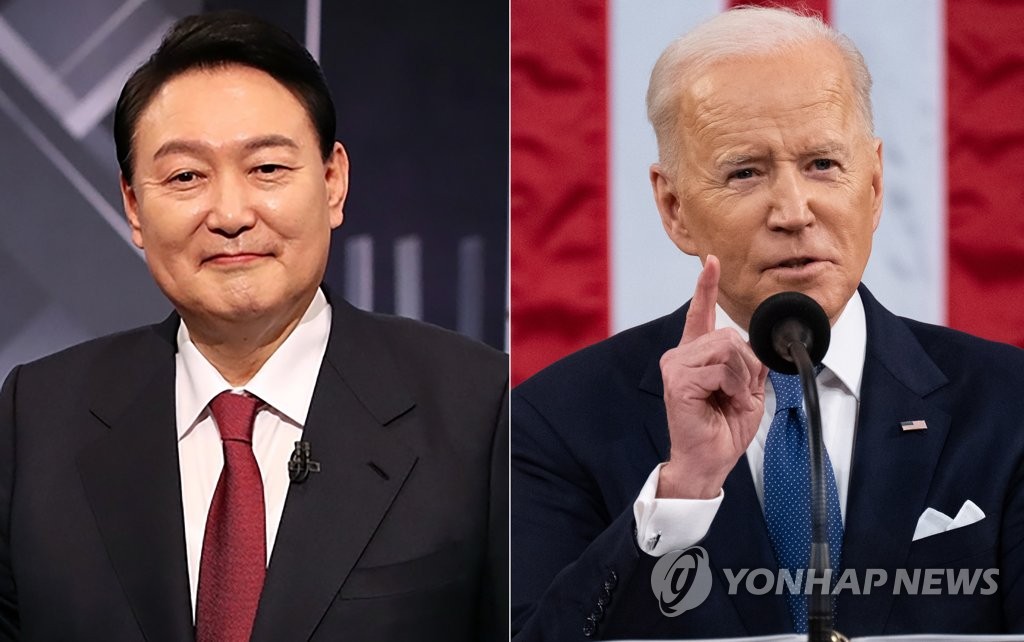 "Nothing has been confirmed, but I understand the two sides are coordinating schedules," an official on Yoon's transition team told Yonhap News Agency.

"During the recent U.S. visit by Yoon's policy consultation delegation, they expressed their wish for a South Korea-U.S. summit at the earliest possible date as part of President Biden's visit to Asia," the official said.

Japanese private broadcaster JNN reported the same day that talks were in their final stages to schedule a Biden visit to South Korea on May 21 ahead of his trip to Japan.

Won Il-hee, senior deputy spokesperson of the transition team, said he had nothing to confirm regarding a Yoon-Biden summit.

"The date May 21 is also not being discussed or under consideration for now," he said during a press briefing.

Won said he is not aware of any planned meetings between Kim and transition team members, though the foreign relations subcommittee is looking into the matter.

S. Korea, U.S. in talks to hold Yoon-Biden summit around May 21: source

S. Korea, U.S. in talks to hold Yoon-Biden summit around May 21: source