Led by Rep. Chung Jin-suk of Yoon's People Power Party, the delegation will visit Tokyo from April 24-28 to meet officials from the Japanese government and legislature as well as those from business circles, media and academia, according to the transition team's spokesperson Bae Hyun-jin.

"The objective of the delegation is for consultations on North Korea policy and relations between Seoul and Tokyo," Bae told reporters. "We expect (the visit) to lay the foundation for cooperation on North Korea and for the resolution of pending issues between the two countries."

"Yoon's thought is that restoring ties between South Korea and Japan, which have been left unattended at one of their worst points, serves our national interests," Chung told Yonhap News Agency by phone.

He stressed the need for "future-oriented" bilateral ties like the cooperative partnership pledged under a 1998 statement between then South Korean President Kim Dae-jung and then Japanese Premier Keizo Obuchi.

Chung voiced hope that his delegation could meet Japanese Prime Minister Fumio Kishida during its planned trip, though he said a decision on the possible meeting has yet to be made.

Also included in the delegation is Lee Sang-deok, former director-general for Northeast Asian affairs at the foreign ministry who led working-level negotiations with Tokyo for the landmark 2015 deal to address the issue of Japan's wartime sexual slavery.

Chang Ho-jin, a former ambassador to Cambodia, is another key delegate. He served as a foreign policy secretary in 2012 for then President Lee Myung-bak.

It will be Yoon's second delegation sent to a foreign country since his election. He dispatched delegates to the United States earlier this month, as he is slated to take office on May 10. 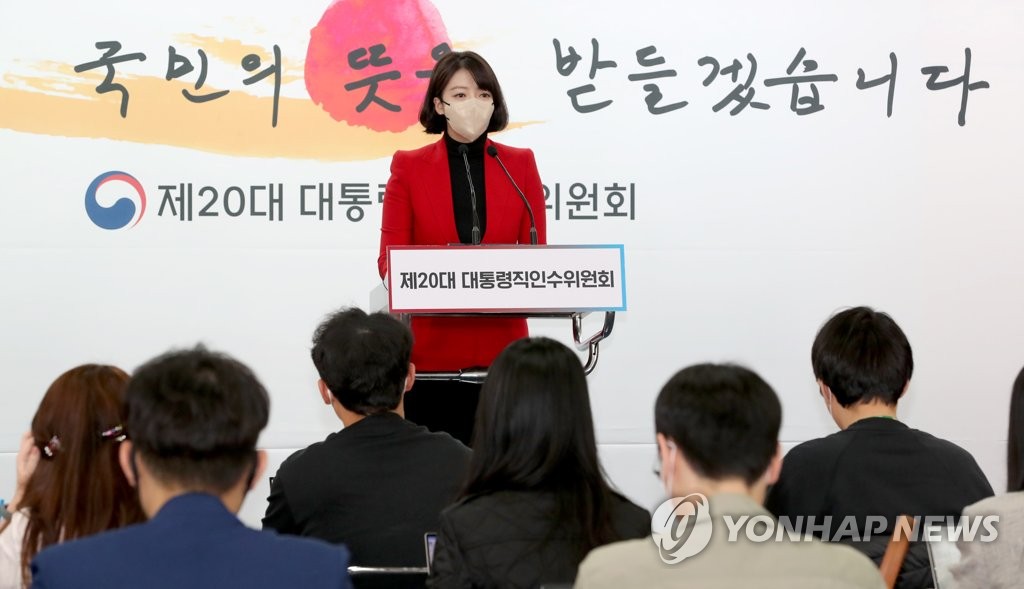