SEOUL, April 18 (Yonhap) -- The U.S. special representative for North Korea said Monday that Seoul and Washington will respond "responsibly and decisively" to Pyongyang's provocative acts while voicing concerns over its "escalatory actions."

Ambassador Sung Kim made the remarks as he met with his South Korean counterpart Noh Kyu-duk to discuss the North's test of a purported tactical guided missile over the weekend and of an intercontinental ballistic missile (ICBM) last month.

"We, of course, share your concerns about the DPRK's escalatory actions and we will continue to work closely to respond responsibly and decisively to the provocative behavior in the united context and beyond," he said. 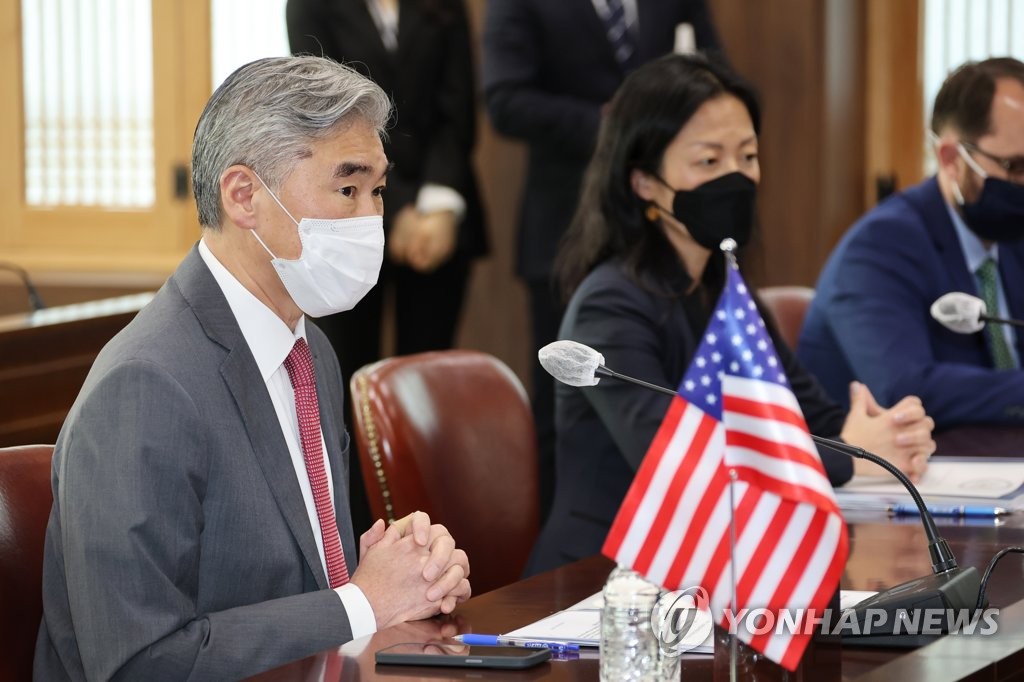 Their talks took place amid concerns that the North could engage in provocative acts, including a nuclear test, around the 90th founding anniversary of the Korean People's Revolutionary Army on April 25.

During the talks, the two envoys agreed on the need for a "strong" response to the North's destabilizing behavior, Kim said during a press availability after the meeting.

"It is extremely important for the U.N. security council to send a clear signal to the DPRK that we will not accept its escalatory test as normal," he said.

Noh also warned that the allies will respond strongly based on their watertight cooperation in case the North conducts a nuclear experiment or another ICBM launch.

However, the U.S. envoy reiterated Washington's willingness to talk with Pyongyang "anywhere without any conditions."

"I want to underline that we have not closed the door on diplomacy with the DPRK," he said. "I would like to make clear that we have no hostile intent to the DPRK."

Noh also underscored the need to "leave the door open for dialogue," but he called for the allies to "remain vigilant and guard against every possibility."

"(We should) leave no room for any miscalculation on Pyongyang's part about the enduring strength of the ROK-US alliance," Noh said. ROK is the acronym for the South's official name, Republic of Korea.

Kim plans to meet South Korean Unification Minister Lee In-young on Tuesday to share their views on the latest political situation surrounding the peninsula, according to Lee's office. He arrived in Seoul earlier Monday for a five-day stay. 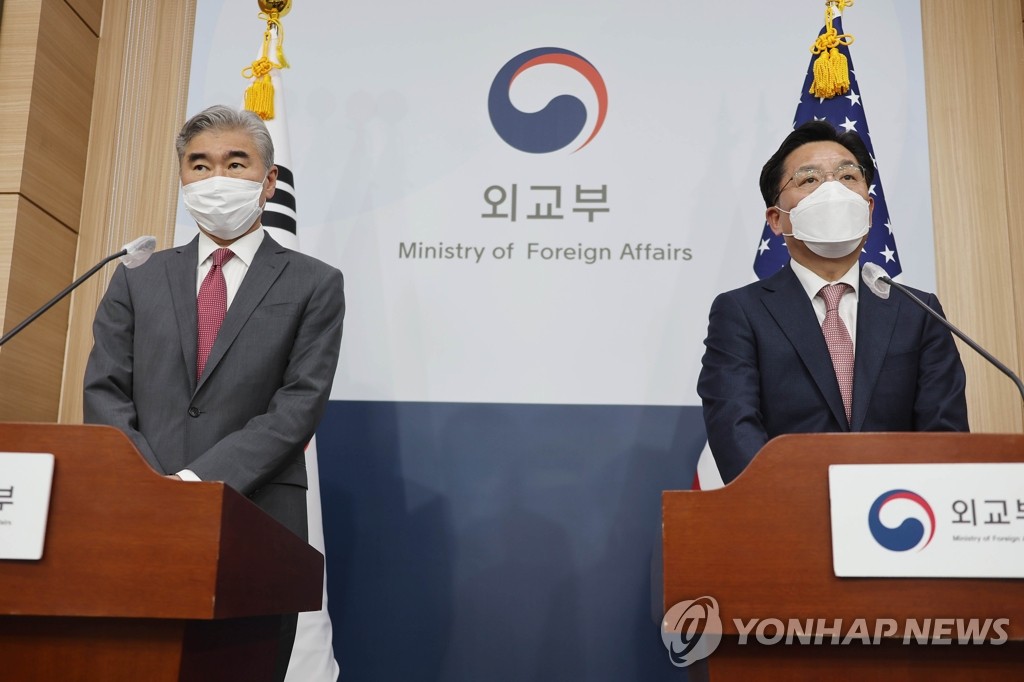