Yoon of the PPP and Ahn, the chairman of the People's Party, agreed to merge their parties after the March 9 presidential election as part of a broader deal under which Ahn dropped out of the presidential race to back Yoon's campaign.

"The People Power Party and the People's Party declare our merger agreement in the spirit of unification declared, ahead of the presidential election, to create a better Republic of Korea and to lay a cornerstone for a joint government," Ahn said, reading the text of the merger agreement, at a joint press conference with PPP Chairman Lee Jun-seok.

The two sides agreed to keep PPP as the name of the combined party, form a joint task force to establish a new platform, and recommend candidates for the June 1 local elections in line with jointly agreed criteria, among other measures.

The People's Party was founded by Ahn in February 2020.

The three lawmakers currently belonging to the People's Party will now represent the PPP, raising its number of seats to 113 in the 300-member National Assembly.

The merger talks were briefly suspended as Yoon and Ahn apparently clashed over the nomination of Cabinet members but were finalized after the two patched up their row last week. 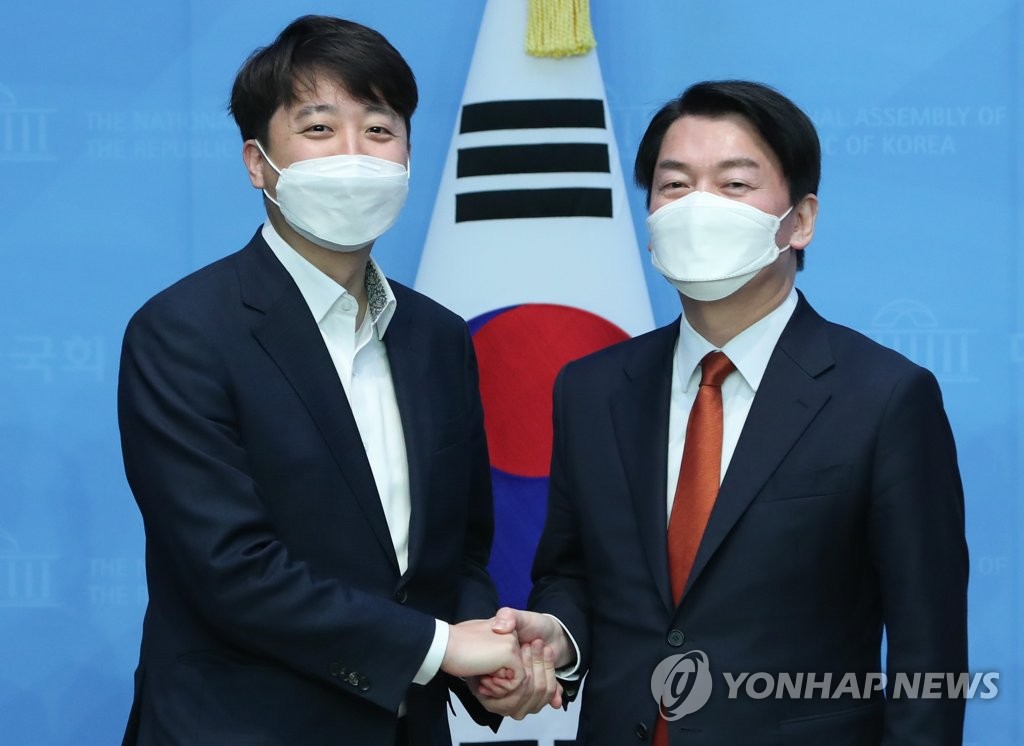